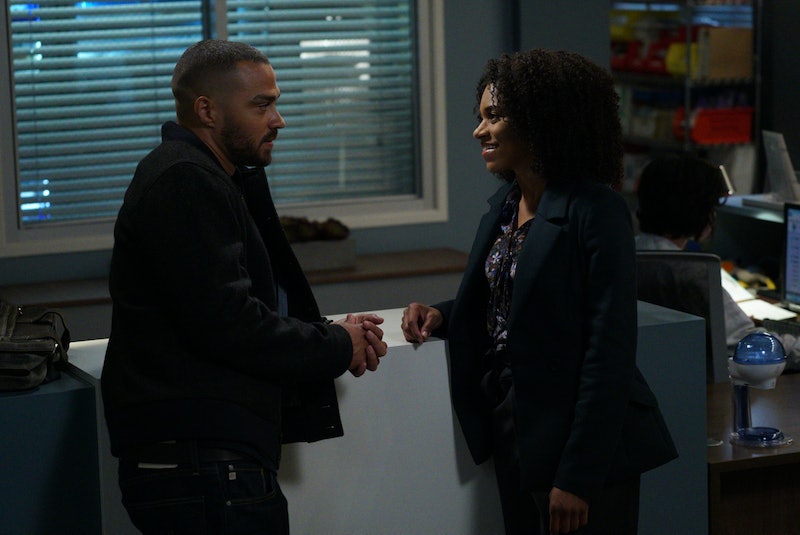 When a show has been on for 15 seasons like Grey's Anatomy, you kind of know what you're going to get. Alex and Jo will be adorably snarky, Miranda Bailey will be sassy, and it will be very unclear as to why Amelia Shepherd is still a main character. You know, normal Grey's stuff. But every so often, there's a curve ball, like Jackson... proposing to Maggie? What? Will Jackson and Maggie get married on Grey's Anatomy? His proposal was so awkward.

Sorry, #Jaggie fans, but I'm just not on board with this. Don't @ me. Jackson has been in a descending crisis ever since the Season 14 finale, playing the "I'm fine, no really, I'm fine" card ever since Arizona left and, most importantly, April, the mother of his child and the love of his life (again, don't @ me), married Matthew, a bland ex-EMT who she had already left at the altar once. Jackson keeps saying that he's "so happy" for April, but me think this man doth protest too much. So does Maggie, because when Deluca saves Jackson and Maggie from getting hit by a car, Jackson, modern atheist, suddenly believes in a higher power. And he has so much faith, he tells Maggie in his kitchen, that he wants to take their relationship to the next level. Why not just be spontaneous like April, he wonders, and just... get married?

To Maggie's credit, she flees the premises (same) to "get milk," and it turns out that Jackson didn't really mean to propose. He was more speaking in hyperbole, it seems by the end of the episode. Well, great, Jackson, but — you really gave a girl a scare there. Jackson is clearly suffering from some third-of-a-life crisis because April almost died and then ran off and got married. He needs to take a minute, because like Maggie said, he may have a touch of PTSD. This doesn't mean that Jackson won't eventually propose again to Maggie since they did tell each other that they're in love with each other.

It sounds like these two are a long-term pairing, even though their family dynamics are weird. Remember, Maggie is Richard Weber's daughter, and Jackson is Catherine Avery's son, and those two are married. These guys are step-siblings. James Pickens, Jr., who plays Weber, told TV Line, “Fans have to keep remembering that [Maggie and Jackson] are not blood-related, so there’s nothing incestuous about it. It’s just that the dynamic is funny. It’s almost like double jeopardy or something.”

Kelly McCreary, who plays Maggie, also defended her love story to Entertainment Weekly. “What’s ironic is that all of the reasons the fans might not want Jackson and Maggie to get together are the exact things that make really great drama," she said. "That’s true of life, too, the stuff that makes things a little bit messier is the stuff we think we don’t want, but ultimately makes us stronger, so if that’s where it goes, then there’s probably good story to mine and good lessons to teach there about humanity and god knows what else.”

Why would the cast of Grey's Anatomy be trying to convince fans to go all in for #Jaggie if #Jaggie weren't going to hang around for a while? This whole "proposal" thing could have been a fluke this one time, but I don't know, with a little time, or another life-threatening, life-affirming event, these two could be married by the next season's premiere.