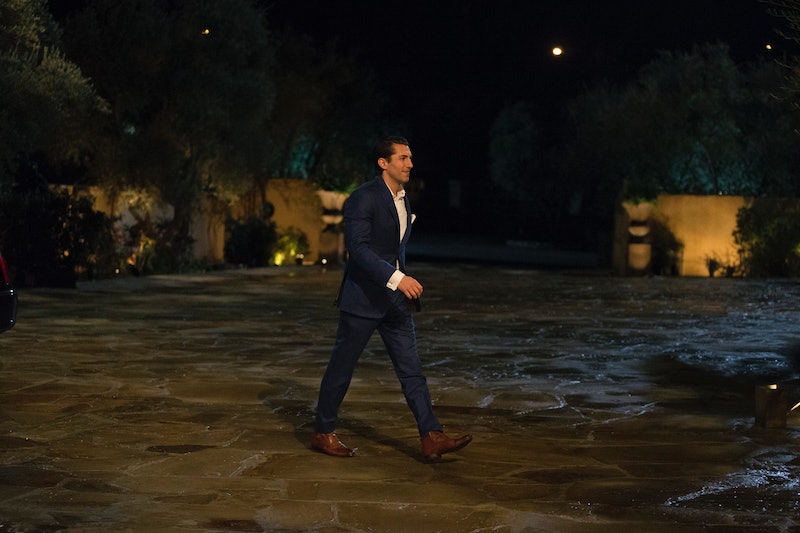 Jason came into Becca's season of The Bachelorette with an open heart and an open mind. Unfortunately, he's come home empty-handed. But there could be another show in his future — will Jason be the next Bachelor star? Twitter has some opinions (as it is wont to do).

Jason, our Buffalo, New York, hero, was a bit of a sleeper in this season of The Bachelorette, but he somehow pulled it off to get into the Top 3. That's the key — stay out of the drama but stay interesting enough to get those one-on-one dates. It also probably helped that Tia, Becca's BFF, was in love with Colton and Colton's dad told Becca to break up with Colton if she didn't think she could marry him. I'm just saying, there were circumstances there that weren't in Jason or Colton's control.

In any case, Becca ultimately decided that she wasn't feeling it with Jason, and so she sent him home. It was nice of her to be honest with him, but it left a whole lot of folks at home upset with Becca. She should have kept him around! You'll never find another man as kind and great and supportive as Jason! And his family? His family is fantastic! While all of that may be true, Becca just couldn't see a future with him, and she didn't want to string him along. Twitter, as always, had its opinions, but they mostly turned from being mad at Becca to being hopeful that Jason would be the next Bachelor and they would have a shot at him.

There Were So Many Feels

I mean, give the people what they want, ABC — they're asking for Jason, our slick-backed suitor, our Buffalo-born lovebug, to be the next Bachelor. If you can pick Arie and Nick Viall as Bachelors, you can certainly get it right this time (for a change) and try out Jason so he can find his true love. What's the hold up here?

As of press time, Jason hasn't been selected for Bachelor in Paradise, so there's a good chance that he could indeed be the next Bachelor. Viall is the only guy in the franchise to have been on 46 shows before getting the headlining role himself, so we don't ever say never around here, but Jason certainly has a better chance if Jason doesn't do Paradise. And why not? He's cute, he's open, he's honest, and he has a great family and a great job.