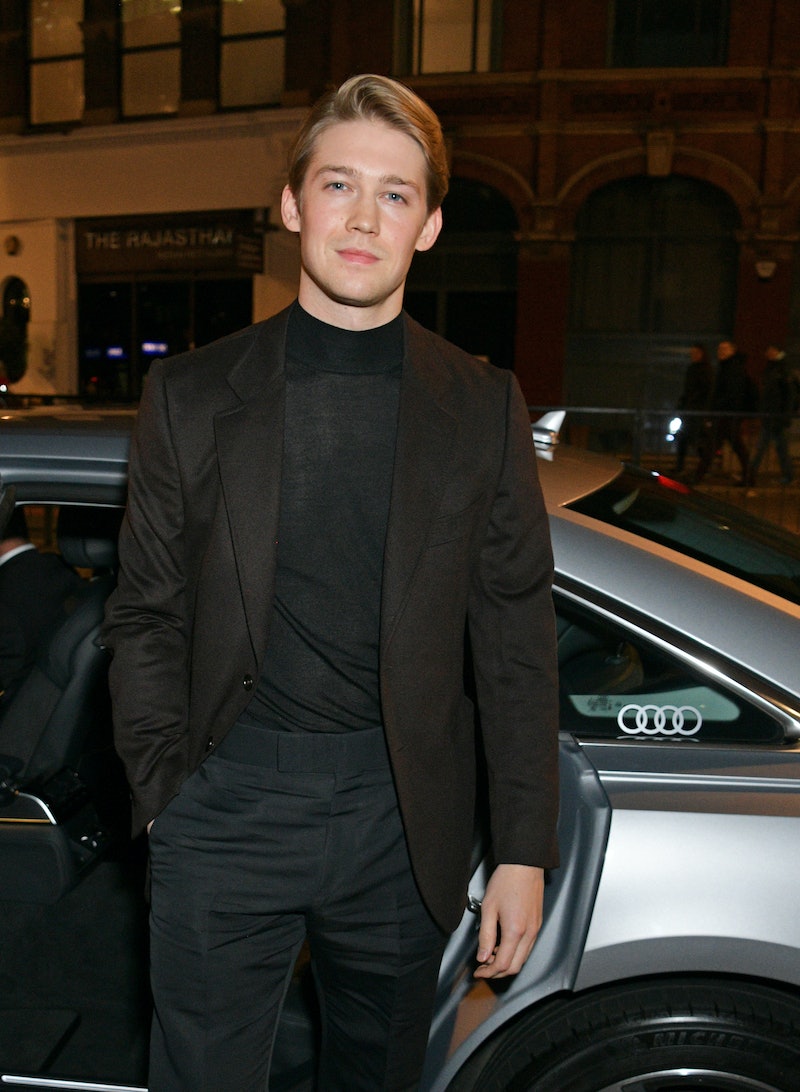 When the stars take to the red carpet for the Golden Globes this Sunday, Jan. 5, one famous (and famously secretive) couple might be walking it together. Thanks to Taylor Swift's Best Original Song nomination and Harriet being up for multiple awards, Joe Alwyn could attend the 2020 Golden Globes with Swift. It's not often that the duo steps out together, but they both attended last year's ceremony, and thanks to Swift's nomination, they have even more of a reason to go this year.

Alwyn isn't up for an award, but he did appear in Harriet, the Harriet Tubman biopic starring Cynthia Erivo. Sadly, the movie isn't nominated for Best Drama, but Erivo landed a nomination for Best Actress and the movie's original song "Stand Up" also scored a nod. The actor will likely want to support his cast mate and film during the night, as well as Swift, his girlfriend of nearly four years.

Last year, Swift attended the ceremony as a presenter, and to cheer on The Favourite, which Alwyn starred in, per People. This time around, she's a nominee herself thanks to the original song "Beautiful Ghosts" which she co-wrote with Andrew Lloyd Webber for Cats. The "Lover" singer shared her excitement over her nomination via Instagram on Dec. 9, captioning a photo of herself and Webber, "I woke up today to the news that Beautiful Ghosts is nominated for a Golden Globe - it’s so cool that one of the most fun, fulfilling creative experiences I’ve ever had is being honored in this way by the HFPA."

With both of their movies up for awards, the couple might make a rare public appearance together on one of Hollywood's biggest nights. After all, they have been stepping out together more often lately, with Alwyn even joining Swift for the Cats premiere. The one thing the couple has yet to do is walk a red carpet together, which makes the idea of them both having a reason to attend the Golden Globes all the more tantalizing.

Neither Alwyn or Swift have confirmed that they'll be attending the ceremony, but fans shouldn't get their hopes up too high that they'll finally make their red carpet debut if they do. Even though they have opened up a tiny bit about their relationship in recent months, they still seem committed to being as private as possible. "I'm aware people want to know about that side of things," Alwyn said to British Vogue in 2018. "I think we have been successfully very private, and that has now sunk in for people. But I really prefer to talk about work."

This year, Alwyn's work and his private life are colliding for the Golden Globes, giving him plenty of reasons to attend the ceremony.