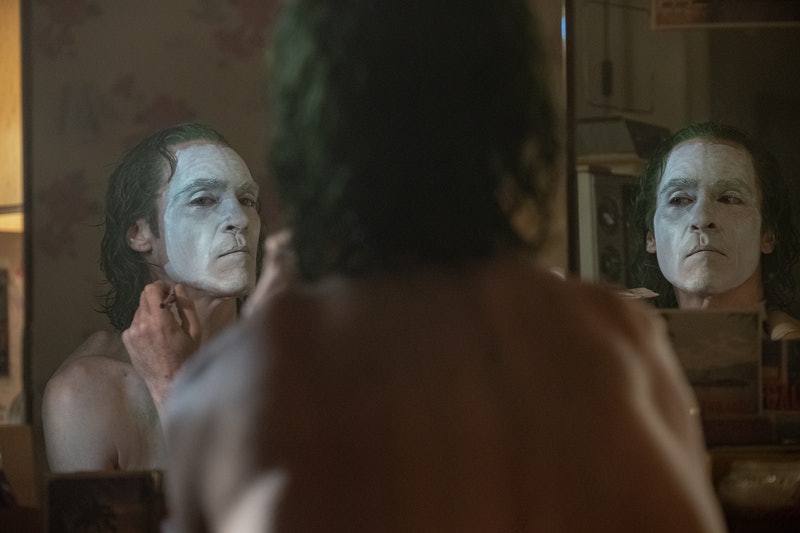 Joker is already one of the most hyped movies coming out of festival season, earning credibility after being the surprise winner of the Venice Film Fest's coveted Golden Lion and garnering mostly positive reviews. That — combined with the way fans have fawned over the new origin story film on message boards since it was announced — has resulted in rumors of a second movie to follow the Oct. 4 release. Will Joker get a sequel? Director Todd Phillips has said that starting a new franchise was never part of the plan.

Phillips triggered a flurry of online discussion when his admiration for Joker lead actor Joaquin Phoenix was misinterpreted as openness to a second film. Speaking to Total Film magazine, Phillips said "I would do anything with Joaquin, any day of the week. There’s nobody like him. If he was willing to do it, and if people show up to this movie, and [Warner Bros.] came to us and said, ‘You know what? If you guys could think of something…’ Well, I have a feeling that he and I could think of something pretty cool."

But the filmmaker has been straightforward in clarifying his comments and getting right to the point. "We have no plan for a sequel. The quote was, 'I will do anything Joaquin wants to do.' And I would. But the movie's not set up to a sequel," he told IGN and other reporters at a press conference. "We always pitched it as one movie, and that's it." Joker wasn't only meant to stand alone, it was also purposely set as far apart from the existing DC Extended Universe as possible.

Taking place around the late '70s to early '80s in Gotham City, the film follows a disturbed middle-aged man named Arthur Fleck (Phoenix), who's slowly crushed by the indifference of Gotham's upper crust to the problems they're exacerbating for the lower classes. Losing his job as a clown for hire, Arthur tries to live out his dream of making people smile by going into stand-up comedy. As his problems worsen, Arthur slides towards lethal lashing out. “Could it have been called Arthur and it just be about a clown? Maybe,” Phillips told reporters, per io9. The film was always intended as more of a character study than a "comic book movie" as they're usually thought of. Phoenix evidently wasn't a fan of the few references the movie actually makes.

"[Joaquin] never liked saying the name Thomas Wayne,” Phillips told The New York Times, referring to Bruce Wayne's father, who's played by Brett Cullen in Joker. “It would have been easier for him if the movie ... had nothing to do with any of that stuff."

So, it sounds as though the director and Phoenix would happily work on another character study together, but not a film tying Joker further into existing DC properties.

Still, that doesn't mean that there definitely won't be a sequel, just that Phillips and Phoenix aren't planning on being part of it. With Suicide Squad 2 and Birds of Prey on the way, plus Robert Pattinson slipping into the Batsuit for a 2021 film, the prime universe is well-served in the DCEU. There's plenty of room for an alternate timeline, whether it continues to focus on Fleck's Joker or not.