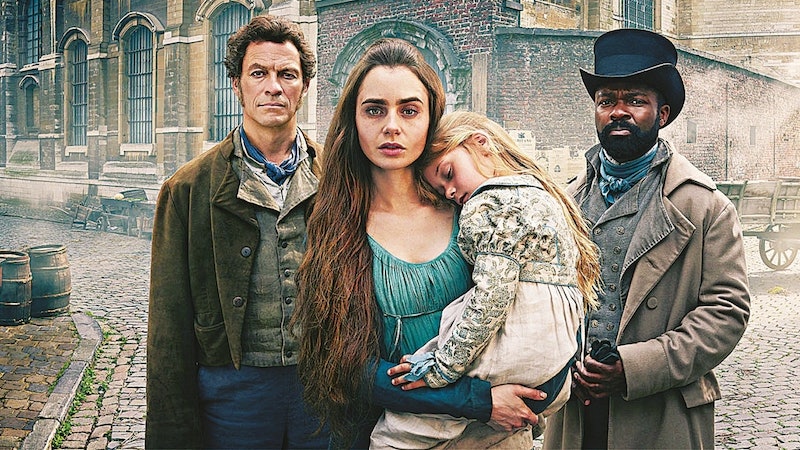 Oh who doesn't live for a classic. Period dramas are there to transport you to a totally different time, when people had considerably more exciting clothes and considerably less glamorous bathroom facilities. And Victor Hugo's Les Miserables does just that. The book of the same name became a very famous musical, and has had all kinds of adaptations. However the latest adaptation leaves the songs behind and focuses solely on the drama. And y'all it has been so brilliant and well-received that one can't help but wonder will there be a season 2 of Les Miserables?

The latest drama, a welcome relief for those who don't love a musical, is based on the book and tells the entire story from beginning to end. But as there is no sequel to Hugo's novel, there is unlikely to be a second season.

Well boo hiss, because it has been such a delight to see BBC's period drama pageantry in all its glory. Come on you know it, nobody does a period drama quite like the BBC, who have been the leaders in the field for absolutely ages. From Pride And Prejudice to War And Peace and far too many to mention in between—they have the formula for excellent entertainment and escapism at its finest.

Les Miserables is the tale of the poor people of Paris in a time of war and chaos in Post-Napoleonic France. It is a social commentary on the struggles and hardships of Parisians, and is a tale of love, hope, sadness, and the injustice of poverty.

Probably best known as being the longest running musical on the West End, being a lot of people's school drama department's show, and of course that mega blockbuster with Russell Crowe's vocal performance. So it is safe to say that y'all, maybe it really is time to drop the tunes and focus on the story.

A whole host of British talent in the cast made helped made the show a total must-see. The beautiful and naïve Fantine is played by Lily Collins, Dominic West plays Jean Valjean and other stars including Olivia Coleman and David Oyelowo make up the drool-worthy line up.

Award-winning writer Andrew Davies, the man behind War And Peace and Pride And Prejudice adapted the classic for screen. Davies spoke to the BBC about his desire to make a brand spanking new version with greater inclusivity.

"I wanted to make a much more inclusive adaptation than we had ever seen before and for the audience to make sense of the history and the intertwining of the characters," he said.

Meanwhile, producer Chris Carey spoke to the BBC about how the story of Les Miserables is set in a particular time but the rhetoric is literally timeless.

"It’s an epic story set on a huge scale in a period of history which happens to be 1815 to 1832 in France but could relate to any story of the underclass in any period, including today," he said.

With the sixth and final episode airing this week, it will be sad to see it come to an end, but exciting to see what the BBC will bring to the table next.

You can watch Les Miserables on BBC iPlayer.