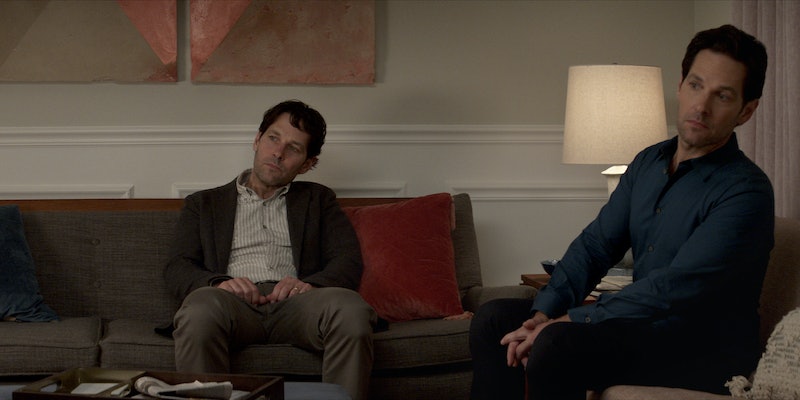 If experiencing too much of a good thing is wrong, then Paul Rudd fans never want to be right. The actor pulls double duty in the new Netflix series Living with Yourself, which centers around a man so dissatisfied with his life, both personally and professionally that he decides to undergo a treatment to make him a better person. Little does he know that in doing so, a new version of himself would take over. It’s a complicated predicament and one that may not be able to get sorted out in just eight episodes. Unfortunately, Living with Yourself has yet to be renewed for a second season, but fans shouldn’t lose out on all hope just yet. The streaming service could still greenlight the series for another installment, but there’s one thing that needs to be done in order to make it happen.

Considering the show’s overall premise and Rudd’s pivotal part in the whole thing, the actor would need to be available and willing to put the time in for another season. At the end of the day, if Rudd’s schedule doesn’t allow for it, then a Season 2 is very unlikely to take place. The bad news is that Rudd is a pretty hot commodity these days and currently in the process of filming the new Ghostbusters movie. The good news is that the actor himself seemed to really enjoy filming the Netflix series, which could ultimately incentivize him to do it again.

"It was a challenge, and I was excited to try it," he told CBS This Morning earlier this month, as per CBS News. "And you know, normally when you're acting opposite somebody, you don't know where a scene's going to go because what you do is dependent on what the other person is doing. This is the first time I got to think of a scene and construct it from the ground up."

In short, it seems Paul Rudd really enjoyed working with — you guessed it — Paul Rudd. (Though, honestly, who could blame him? Paul Rudd is the best.) So while this by no means confirms that a Season 2 will happen, it definitely bodes well for being able to get Rudd on board with it.

Rudd isn't the first actor to ever star opposite himself on the big screen. Mike Myers portrayed multiple characters in the Austin Powers franchise, as did Eddie Murphy in The Nutty Professor. Then, of course, there's Being John Malkovich, Lindsay Lohan's The Parent Trap, and The Man in the Iron Mask, which delivered double the amount of Leonardo Dicaprio, just to name a few.

In the end, Netflix may decide to make Living with Yourself a one-and-done series. But when push comes to shove, any amount of Paul Rudd content is certainly better than none at all.