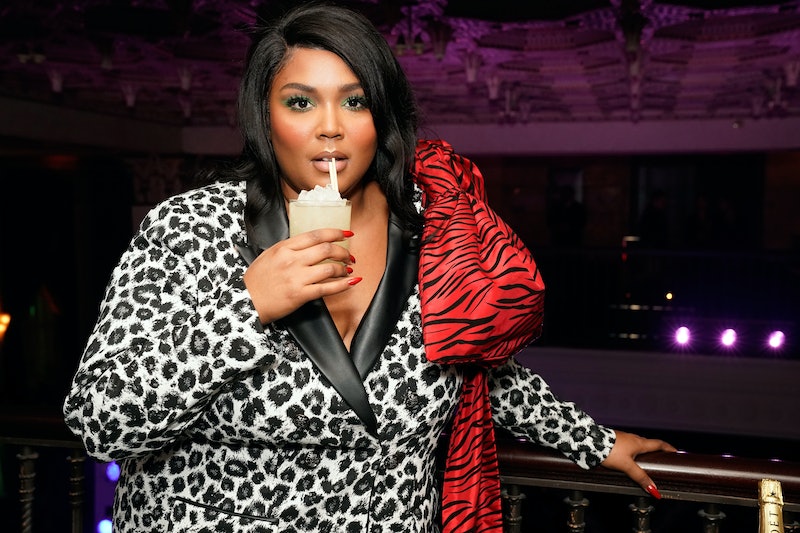 Lizzo has been making serious waves in the music scene for the past few years, and I couldn't be happier about it. If you haven't heard of Lizzo yet, then you're missing out on some of the most infectiously positive and genuinely empowering bops in music. Hailing from the Texas, Lizzo has done some seriously high-profile gigs over in the U.S. (including, most recently, Coachella), but will Lizzo tour the UK in 2019? Listening to her music is like the equivalent of taking several Vitamin D tablets, but seeing her live will give you full sunshine vibes.

There's no doubt about it. 2019 is Lizzo's year. The singer, whose real name is Melissa Viviane Jefferson, has been gaining more and more attention recently, particularly after she released her outrageously uplifting single 'Good As Hell' back in May, 2016. This came after her signing with Atlantic Records — an agency that has the likes of Janelle Monáe, Jess Glynn, and Ed Sheeran on their books. But Lizzo's popularity increased tenfold when she released 'Juice,' in January, 2019, and it marked the starting point of her ascent towards superstardom.

Since then, Lizzo has appeared in every magazine you can think of, and accrued hundreds of thousands of followers across her socials. So, when will she be bringing that magical energy to the UK?

Good news, everyone. The lady serving up all the juice is officially coming to the UK. Alongside the news of her upcoming debut album CUZ I LOVE YOU, which is out on April 19, as Pitchfork reports, Lizzo announced an accompanying world tour. It's set to call at some stops across the UK, beginning with a show at the O2 Ritz in Manchester on May 26, before spending a night at O2 Forum Kentish Town in London.

I reckon it'll be the last time you'll be able to see her perform in venues of this size before you'll have to shell out on stadium tickets to see Lizzo. So, you'll probably want to snap up these ticket any which way you can. While both venues have currently sold out, you can hop onto a waiting list, where there will hopefully be more tickets available at some point.

Lizzo proved just how incredible she is during her set at Coachella on Sunday, April 14. As Variety reported, she had to contend with technical difficulties, which would have made even the most hardy of performers buckle. Since Lizzo sings live with a backing track, when that track kept cutting out during her performance, it could have been a catastrophe, but Lizzo stuck with it, and made her high notes soar even higher.

If she can deliver one of the standout performances of the weekend at Coachella, even with sound difficulties, then you can expect a powerhouse of a show when everything goes exactly right. It's worth going out of your way to get a ticket for this one. It's not unlikely that Lizzo's early gigs will go down in history, and you should tag yourself onto the beginning of what's sure to be an unimaginably exciting career for this singer.