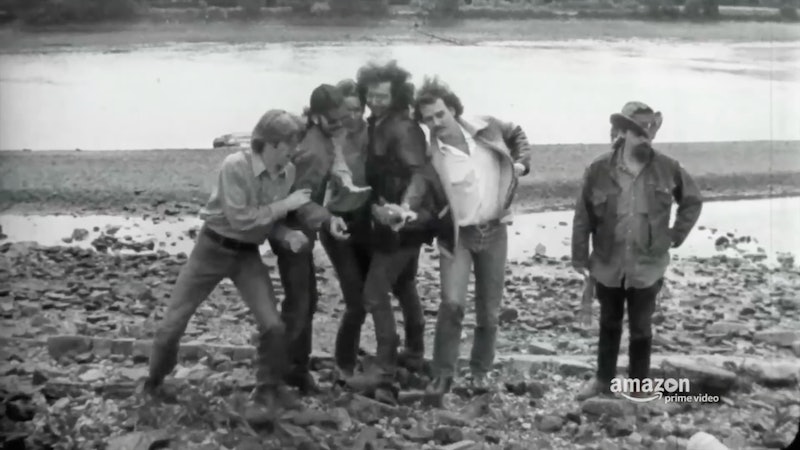 Amazon Video/YouTube
By Kayla Hawkins
May 27, 2017

What was once exclusively the provenance of film festivals and limited releases can now be found on any one of the many, many avenues for television distribution. For example, Amazon will air Grateful Dead documentary Long Strange Trip, which trades the marathon model favored by Netflix and instead takes a more sprawling approach to documenting the history of the psychedelic rock band's 30-year history. And while the doc is an ambitious four hours long, Deadheads are probably already wondering if Long Strange Trip will return for Season 2. Even though plenty of supposedly self-contained pieces of television have been expanded to make room for more seasons (13 Reasons Why, American Gods, and The Handmaid's Tale are all ballooning their book adaptations into more episodes), it wouldn't make a lot of sense for there to be a Long Strange Trip Part 2.

With such a long runtime, there's plenty of time devoted to what makes the Grateful Dead a special band, and how they created their signature sound. Long Strange Trip is a thoughtful documentary, and one that doesn't naturally have a following point. And that's fine, because there's no shortage of amazing, self-contained documentaries on television right now. Seriously, no matter the subject, streaming services, networks, and cable companies have been investing in more self-contained documentaries like Long Strange Trip.

Rather than attempting to figure out the answers to this long-cold case, this Netflix acquisition managed to find a new angle on the genre, bringing in amateur actors whose interpretations of the case drive the documentary.

This HBO documentary doesn't really reveal much, but it does provide an chilling portrait of a mother/daughter relationship gone wrong.

Get Me Roger Stone

If you want to find out more about Roger Stone, the Trump campaign mastermind who also looks like a Charlie and the Chocolate Factory character, watch this Netflix documentary.

This documentary examines how Los Angeles exploded in a rash of violence after the Rodney King trial.

These two documentaries premiered close together, and are probably always destined to be mentioned in the same breath because they both explore the history of the riots. LA 92, however, uses only footage from the period, giving it a unique edge.

This Frontline documentary gave Syrian refugees attempting to flee the violence in their home country cameras to document their own experiences. The result is incredibly heartbreaking, but an invaluable perspective on this important global crisis.

Even after you watch the Grateful Dead series, there are plenty of other shows to fill its absence.