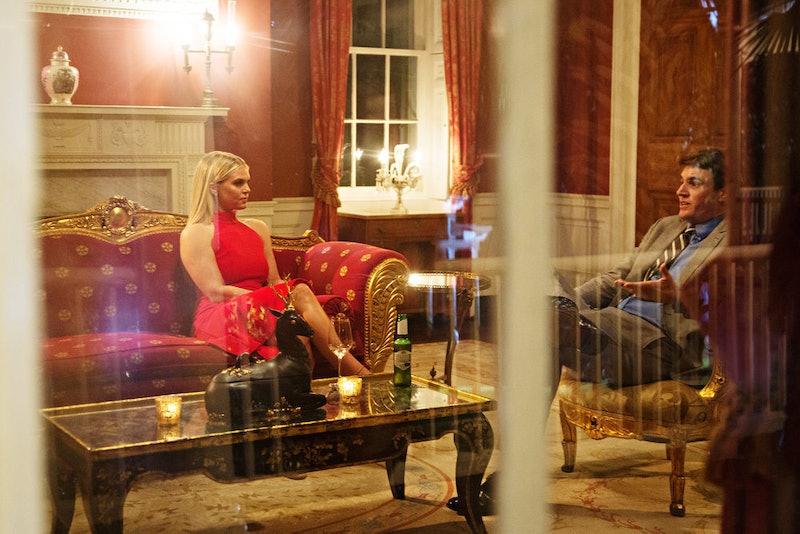 On this season of Southern Charm, Madison, Austen’s on-and-off girlfriend, and Shep went toe-to-toe many times, with each party “winning” an argument or two during the course of the whole thing. But everyone knows that the very last battle takes place at the reunion and luckily, Bravo always provides. So the question has to be asked — will Madison be at the Southern Charm Season 6 reunion? She’s not a full-time cast member, but she will probably pop in at least for a little bit.

A lot of Shep and Madison’s beef came from the fact that Austen reportedly cheated on Madison with two women, as fans have seen over and over again in that video that Southern Charm shows every episode. In retaliation, Madison cheated on him, too, and for some reason Shep decided to voice his opinions on the whole matter. Being Shep he held a grudge against Madison, considering her actions harder to accept and called her a "white trash hairdresser" who had no business hanging out with his and Austen's friends.

Although they tried to get on the same page on their Colorado trip, the season ended with Shep and Craig bringing the two women from the video to Patricia's party. It was obvious that he wanted to stir the pot, especially when Craig put two and two together and chided his friends for putting him in the middle of it, too.

Madison didn't take any of Shep's incessant taunts and provocations lightly all season and their showdown in the season finale won't be the last time these two exchange words. Madison is in the trailer for the Season 6 reunions and she seems like she's ready to fight. And in case you're wondering, the trailers also show Austen claiming that they are no longer exclusively a couple (but that they might hook up now and again as "friends with benefits"). Still that doesn't seem to have stopped Madison from wanting to stand up for herself and put Shep in his place, although he does seem both smug and jealous that she's still in Austen's life.

The fact of the matter is that Austen should really give it to Shep and tell him to leave Madison alone. Even if they aren't a couple right now, Austen and Madison have a palpable connection.

Which is a good thing, because Madison may have some other problems this reunion. She spread a reportedly untrue rumor that Shep transmitted chlamydia to Danni once upon a time when they are dating. It was a low blow, and reportedly something that Shep had told Austen, who had confided in Madison. Whether it was true or not, she had no business calling Danni out about it or using it as an insult.

It was a low, nasty, blow and although Madison has apologized for it, Danni and the other women don't seem very ready to let it go in the other previews for the Southern Charm Season 6 reunions..

Hopefully, the women can bury the hatchet, because Madison is a great addition to Southern Charm. She’s not afraid of Shep, and she’s stood up for herself every step of the way. It would be a shame to see her go.

More like this
Twitter Has *Many* Thoughts On Amber & Ikenna’s Dumping From ‘Love Island’
By Frances Stewart
Twitter Can’t Move Past *That* Secret Kiss On 'Love Island'
By Frances Stewart
Who Is 'Umbrella Academy' Star Elliot Page Dating After His Divorce?
By Jake Viswanath
'Sherwood’s Joanne Froggatt Says Divorce Gave Her Clarity
By Rachel Mantock
Get Even More From Bustle — Sign Up For The Newsletter