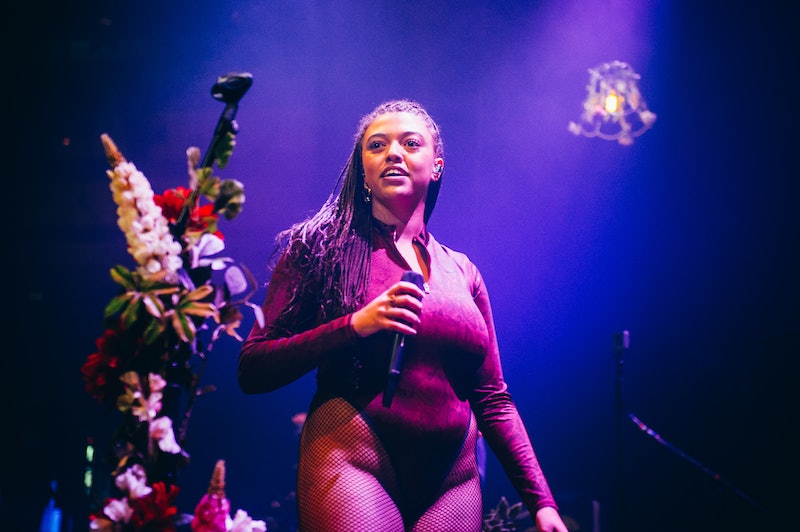 British singer-songwriter Mahalia burst onto the music scene in 2016 with the release of her debut album Diary of Me, and last year's follows up record Love and Compromise — which reached the top 30 of the UK album chart. The performer also made some serious waves at the 2019 BRIT Awards, where she was recognised in the prestigious Critics’ Choice Award category. However, following the release of her sophomore album, fans might now be wondering when they'll get a chance to see the "What You Did" singer perform live. So, will Mahalia tour the UK in 2020?

Well, according to her official website, there are no current plans for a major UK tour in 2020, although there will be plenty of opportunities to witness Mahalia do her thing on stage. In the year ahead, the singer is first set to perform a gig on Friday, May 1 at the O2 Brixton Academy in London — and the following month, will grace the stage at the 2020 Parklife Festival in Heaton Park, Manchester. Mahalia fans can then look forward to a trio of festival appearances throughout the remainder the summer, as the "Grateful" singer is also scheduled to perform at the Relentless NASS Festival at the Royal Bath & West Showground in early July, and just a couple of weeks later, will belt out her finest tunes at the 2020 Latitude Festival in Henham Park, Suffolk.

Rounding off Mahalia's current line-up of planned UK performances is her upcoming slot at this year's Reading and Leeds Festivals, both of which are due to take place between August 28 - 29. Tickets for all the singer's forthcoming shows can be purchased via Mahalia's official website, and you'd better act fast, because certain UK dates are already being listed as sold out.

As the Metro reports, the "I Wish I Missed My Ex' performer was shortlisted for the Critics’ Choice Award at last year's BRIT Awards, and landed in the esteemed category alongside Sam Fender and breakout star Lewis Capaldi. Prior to the 2019 ceremony, Mahalia expressed her gratitude for being recognised in a category which helped springboard the careers of Adele, Sam Smith, Ellie Goulding, and more — and speaking of her nomination at the time, she said, "I can’t believe it. I’m truly honoured to be nominated for the BRITs Critics’ Choice Award. The last year has been surreal to say the least but this really is the cherry on top."