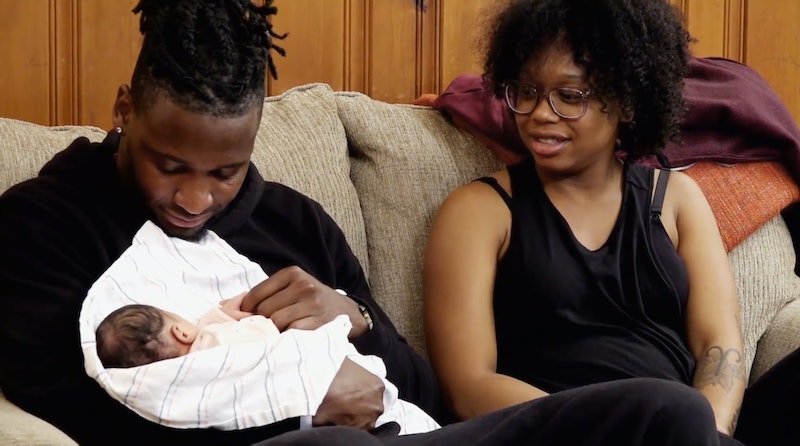 Lifetime’s Married at First Sight is a nerve-wracking adventure for both its viewers and stars alike. The premise is pretty self-explanatory: after experts determine their best matches for a long-term relationship, participants say "I do" the very first time they meet their soon-to-be-spouse. Sometimes, it's disastrous. But in other instances, it actually works out for the best. It's unclear if the spinoff, Married at First Sight: Happily Ever After will return for a second season, but the glimpse it's given into the lives of those actually pursuing a relationship after this bonkers experiment has been riveting thus far.

The reality show follows the journeys of the couples who decide to stay together following those first few weeks of spontaneous marital life, and as of right now, it doesn't seem like the network has announced any plans to renew or cancel. Should it continue into a second season, it's also uncertain whether it would still document the lives of the Season 1 couples, or explore others who may still be together following their stints on Married At First Sight. The first season follows Shawniece and Japhte, Ashley and Anthony, and Danielle and Bobby, all of whom found each other on the original iteration of the show.

Each pairing had around eight weeks to decide if they wanted to stay together, and all of them felt confident that they needed to remain in the relationships. Shawniece and Japhte welcomed baby Laura this season, and the other two couples are dealing with pregnancies of their own.

With participants gearing up for parenthood, if they haven't already embarked on that path, there's plenty of material MAFS: Happily Ever After could run with if it stayed focused on the families at hand. Marrying someone you have little to no knowledge of is one thing, but going on to raise children with them after you foster a bond is a totally different beast. "One minute you're dreaming of this perfect family and boom! You're picked to be married to a stranger and boom again, you're pregnant," Shawniece told E! News. "If that's not big, I'm not sure what else can top that."

All the couples have also spent time rehashing their relationships with experts during marriage retreats, so that romance doesn't fall to the wayside even as they welcome their new bundles of joy. They've been talking to each other, leaning on one another and asking advice, because no one else besides their fellow cast members can likely understand just how strange the entire situation is.

The cast of MAFS: Happily Ever After have had to cultivate the love, intimacy, and affection for one another that they weren't able to foster before walking down the aisle. "The first time around you don't even know the person you're spending every day with," Ashley told the Chicago Tribune in October. "But now it's just more natural."

Some of them are also in a situation in which the passion doesn't come so quickly, and they might need a little more nudging than others. "Shawniece and I are genuine people and I feel like a lot of people are maybe able to relate to us," Jephte told E! News in the same article. "Our journey is different in that there wasn't love at first sight or an animalistic attraction to each other. But we're truly trying to build a relationship from scratch and in our story, there's so much to learn, value and appreciate."

Regardless of how you feel about the premise, MAFS: Happily Ever After offers an unexpected glimpse into romances that may or may not be meant to be. Even if a Season 2 isn't in the stars, these couples and the lives they're building seem to just be getting started.