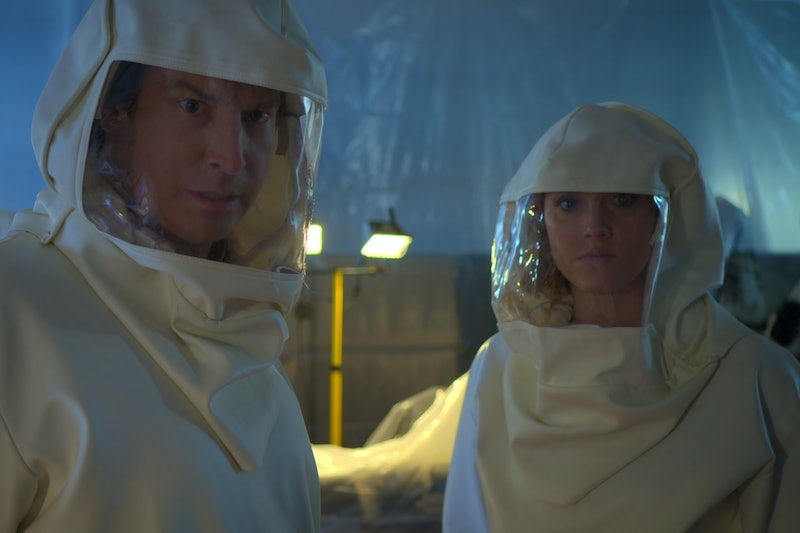 Nearly three years after wrapping Childrens Hospital, creator Rob Corddry is expanding the show's universe with Netflix's Medical Police, which sees the return of Dr. Owen Maestro (Rob Huebel) and Dr. Lola Spratt (Erinn Hayes) — this time not just as medical professionals, but self-proclaimed "cop doctors." It's unclear if the series is meant merely as a short-lived companion piece — a lá Wet Hot American Summer: First Day at Camp — or if there are plans for Medical Police to return for Season 2 and potentially more. But whatever the case, it likely won't be the last time you see this group of actors together onscreen.

When Childrens Hospital ended, it was purely out of necessity for Corddry, who told Wired that he was "too creatively exhausted" to continue serving as actor, writer, and executive producer. (Corddry recently told Chicago Tribune that he really had five jobs on the series and that during Season 5, he got extremely sick but continued working.)

However, Corddry always had plans to bring the team back together. "It wasn't like we were saying, 'Well this is it so I'll never see you again,'" he told Wired. "It was more like, 'Alright so what else are we going to do?'"

That "what else" turned into Medical Police, in which Dr. Owen Maestro (a former New York City cop) becomes a "cool crimefighting doctor" alongside his ex Lola after they discover a deadly virus and are enlisted by a secret division of the CDC to stop it. It also turned into Newsreaders, a Childrens Hospital spinoff that ran from 2013 to 2015 on Cartoon Network. It didn't have nearly as much of the original cast that Medical Doctors does, but it's further proof that Corddry is interested in continuing the story in some way or another.

Plus, Huebel and Hayes don't seem to be in any rush to abandon doctors Owen and Lola. Even during Childrens Hospital's original run, they were able to keep up playing the characters while pursuing other opportunities — particularly Huebel, who had 70-plus appearances in other projects during its seven seasons. So while Hayes is already slated to be in upcoming movies like Bill & Ted Face the Music and Holly Slept Over and Huebel will have his own Comedy Central show, these two could join forces again for Medical Police Season 2. After all, there's no rest for cop doctors!!