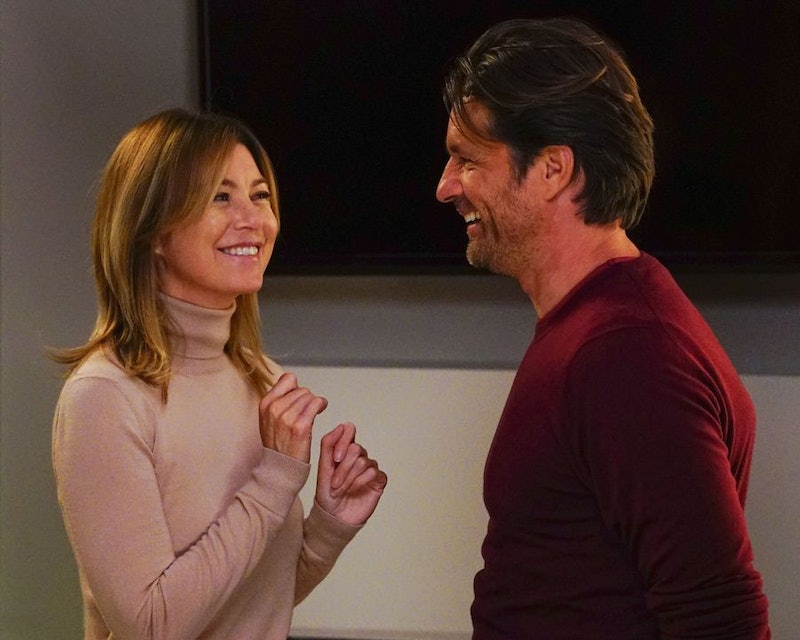 It’s been a few seasons since Patrick Dempsey left Grey’s Anatomy, and I, for one, think its time for Meredith to move on from Derek. You loved him, we know, yadda yadda, but Nathan Riggs looks pretty good to me. These two did a bunch of “will-they-or-won’t-they” nonsense, but I hope they will. Will Meredith go out with Riggs on Grey’s Anatomy?

Some of you may be thinking, “What about Maggie?” When Riggs first appeared on the scene, Maggie was crushing on him hard, and even though she had slept with him already, Meredith opted to back away from Riggs so as not to cause any family troubles. Understandable. But recently, Maggie mentioned that Riggs had gone through so much tragedy that Meredith is probably the only person who could understand him. I guess that’s her giving him up, then? In any case, Riggs finally told Meredith that he really liked her and that he wanted to take her out, and whenever she was totally sure about her answer, be it “hell yeah” or “hell naw,” to give him a call. Or I guess just talk to him in the hospital or something. Meredith didn’t quite have an answer, but I’m sure she’ll overthink this like she does everything else?

What is the drawback to these to getting together? Not much from my side. I think because they both have undergone massive tragedies and lost love, there is, like Maggie said, an understanding there. If either is having a bad day, there’s not a lot to explain. They get it. No word on whether or not Riggs is into kids, but that’s something to look at down the line – you know, since Meredith has three of them (but does she still? Because we haven’t seen them in a while). Meredith, take my advice – say yes to the hot guy with the slight accent.