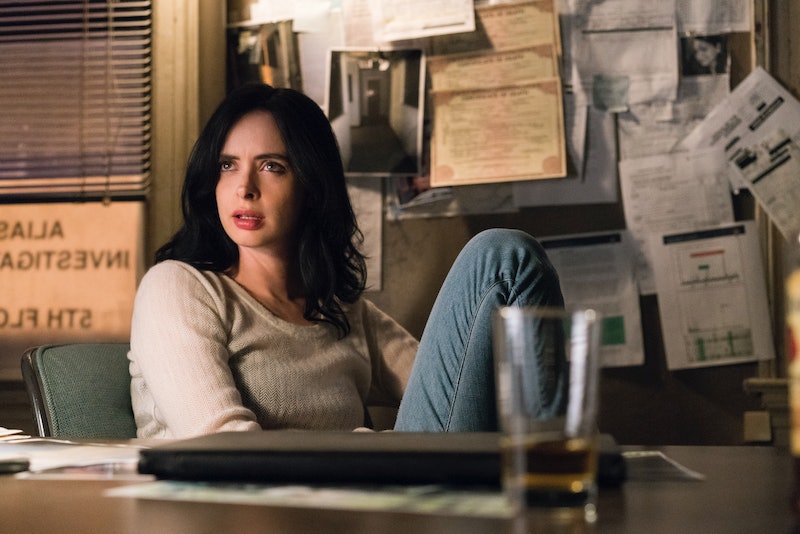 Netflix and Marvel's fruitful partnership officially came to an end on Monday, Feb. 18 with the streamer's cancellation of Jessica Jones and The Punisher. They joined the previously canceled Daredevil, Luke Cage, and Iron Fist. Now, superhero fans are wondering will Netflix's canceled Marvel shows be picked up somewhere else? A new letter to fans from Marvel TV boss Jeph Loeb suggests that the shows might not be gone for too long.

In light of the upcoming Disney-Fox merger, Netflix axing its Marvel isn't too surprising, especially since Disney is preparing to launch their own streaming service later this year. The new service, Disney+, and Hulu — which Disney will soon own a majority share of — are expected to be the exclusive home to Marvel, Star Wars, Pixar, and Disney properties. A recent article from ComicBook.com reported that the Marvel and Netflix deal could extend to at least 2020, but after that the shows will likely revert back to Disney to do with as they please. And if Loeb's statement to fans is any indication, the company seems interested in keeping these heroes' stories going.

"On behalf of everyone at Marvel Television, we couldn't be more proud or more grateful to our audience," Loeb wrote in his letter shared on the official Marvel site. "Our Network partner may have decided they no longer want to continue telling the tales of these great characters... but you know Marvel better than that. As Matthew Murdock's Dad once said, 'The measure of a man is not how he gets knocked to the mat, it's how he gets back up.' To be continued...!"

That certainly sounds like there are plans afoot to bring the shows (or at least the characters) back in some form. The more pressing questions are where and when will Jessica, Daredevil, Luke, and the rest of the New York-based heroes return?

Hulu feels like the most logical choice. The streamer is already home to Marvel's Runaways, and on Feb. 11, Deadline reported that Hulu and Marvel had struck a four series deal similar to the one the company had with Netflix when their partnership began. Under the deal, Hulu will be home to four adult animated Marvel series based on Howard The Duck, Marvel's Tigra & Dazzler Show, Marvel's M.O.D.O.K., and Marvel's Hit-Monkey. The four shows will ultimately come together in a special called Marvel's The Offenders — just as Jessica, Luke, Daredevil, and Iron Fist joined forces for The Defenders.

After the animated series deal was announced, Hulu original programming boss Craig Erwich told The Wrap, "Marvel has a ton of titles we'd be interested in. It kind of just depends on when they're ready, [and] who, most importantly, is going to be behind these things." He also added that "we have a good creative relationship with them."

That definitely sounds promising, but it's no guarantee that the Netflix shows will all land on Hulu. After all, each of the series starred in-demand actors who are sure to move on to other projects. The Punisher star Jon Bernthal has already signed on for a role in the upcoming The Sopranos prequel, and the cast and crews of the other canceled series will no doubt follow his lead. For that reason, the cancellation of Jessica Jones and The Punisher truly does mark the end of an era. But that doesn't mean that these kick butt heroes won't return in some form.

For now, Marvel fans will just have to stay tuned, but Loeb's words definitely suggest the street level heroes won't be gone for too long.