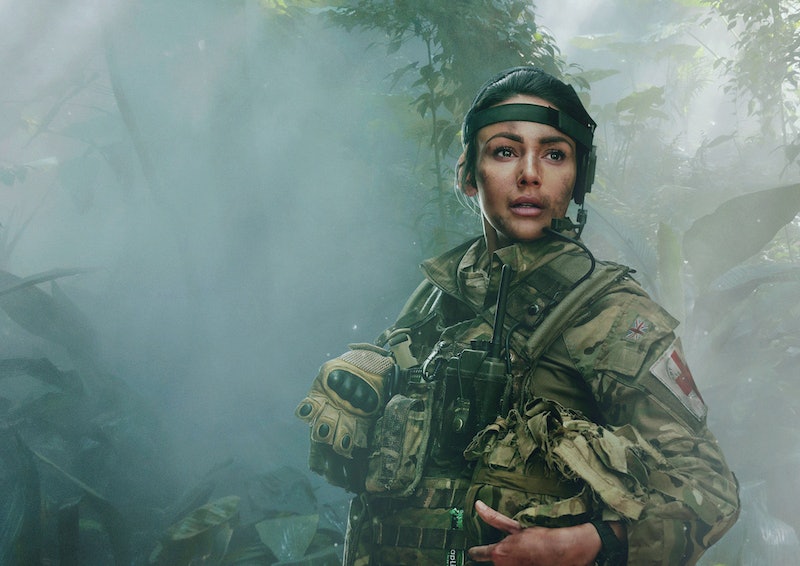 It is a bit unusual to have a military drama with a female lead and to show the army experience from a female perspective, so Our Girl is a bit unique in that sense. The hit show has had viewers hooked since day one, and is only set for bigger and better things. However, every time a season comes to an end, there always is that niggling fear that it might not come back. That, "oh but I've become so attached. And WTF happens to my favourite character?! Georgie, babes?". So will Our Girl return in 2019? When will season 4 of Our Girl return?

Well of course the Beeb would be bloody bonkers to let go of a show that has such a huge following. And don't they flipping know it. So y'all already probably heard that it is most definitely coming back for a fourth instalment, with the brilliant Michelle Keegan leading the way again as army medic Georgie Lane. Although they have yet to announce when it will be broadcast, the filming starts in April, according to Digital Spy, so we will definitely have a wee while to wait. The team are going on location in South Africa, The Sun reports, to film the latest season which is going to be set one year after season three's finale. Warning, spoilers from the last season ahead.

OK so guys, let's talk about what happened in Bangladesh. It's OK if you need a cup of tea to relive it, it was hectic AF. So this is one of those dramas that doesn't mess about and has zero issue killing off swoon-worthy/big characters. So after a bit of back and forth, Georgie and Elvis, played by Luke Pasqualino, were totally on the right track. Loved up, planning on getting married. You know, all the dreamy stuff. Anyhow, they basically went and flipping killed him off in part one of the season which aired in 2017. Eugh. And then in the finale of last season, which aired in 2018, section two were ambushed and then forced to jump off a cliff because they were cornered by a load of militants. It was like, jump or die.

OK so I guess they didn't die. Which is good.

So Georgie has had a promotion and is now a Sergeant. She is living in her native Manchester, training up the next generation of army medics. She initially turns down her former colleagues who are dead keen for her to come on a tour of Afghanistan, following the trauma of losing her bae.

But let's be real watching her teach medics for six episodes would be super boring so she decides she will go with section two and fight through any fears and anxieties she has. Speaking about reprising the role, Keegan was pretty hyped to be back in her khakis.

"Being in Our Girl has been one of the highlights of my career so far, I feel very lucky to be part of the show, and I'm really excited that it's coming back. The audience response has been so positive, and I think Georgie is a character who resonates with viewers. I absolutely love playing the role".

Despite there being no date confirmed for season four's premiere it is good to see the ball is rolling and have something to look forward to later in the year. And hopefully they won't kill off any more major characters.