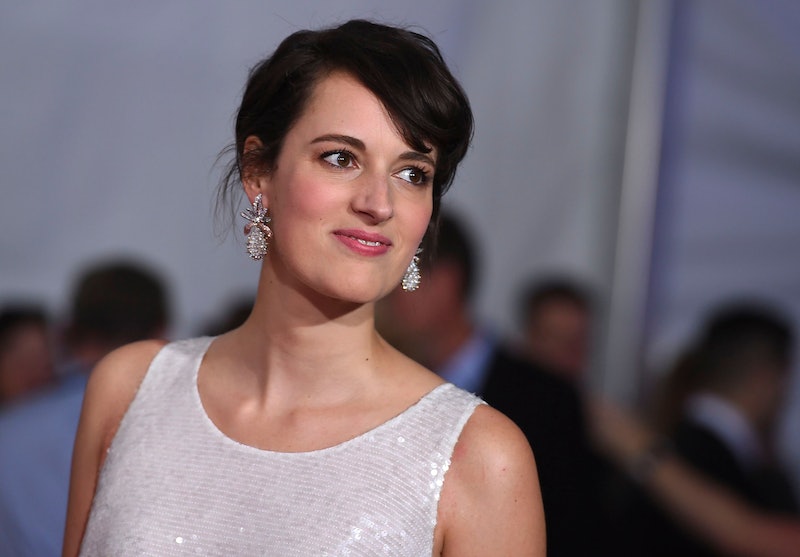 Killing Eve was one of the most critically acclaimed shows to come out of 2018 and there’s no question why. It’s pure genius. The sublime pairing of Sandra Oh and Jodie Comer combined with the peerles writing of Phoebe Waller-Bridge has made for some pretty magical TV. And series two has only left fans begging for more. However, one thing I've been wondering lately is, will Phoebe Waller-Bridge feature in series three of Killing Eve? Her latest comments about a potential appearance on screen has got me super excited. She's already shown off her acting chops in Fleabag and I can’t imagine how incredible it would be to watch her come face to face with Villanelle.

In a recent interview with UK newspaper The Mirror, Waller-Bridge let slip something that will no doubt have sent Killing Eve fans into a frenzy: “I was like, I am going to write myself a part so that I can be murdered by Jodie [Comer],” she said. And who can blame her?

Aside from the amazing twists and turns that make Killing Eve completely addictive, Waller-Bridge has been praised for how she has created some of the most complex, intricate, and real characters that an audience can get behind. “I want to write things that actors love playing, because audiences can feel that in an instant and it makes it even more electric," Waller-Bridge told The Mirror.

Sandra Oh and Jodie Comer star in Killing Eve and Waller-Bridge admitted to the Mirror that she was tempted to take on one of those roles. However, she said, “I just had a really strong instinct that there should be this age gap because I just felt like it was something I hadn’t seen. I’m not a 25-year-old Jodie Comer – I mean, let’s be frank.”

The role of Eve Polastri (played by Oh) wasn’t a fit for her either. “I don’t know if I could have scaled a wall quite like she could have done," Waller-Bridge said. "[A]nd I’m not in my early 40s either.”

In April 2019, the BBC announced that Killing Eve would be returning for a third series — before the second series even aired in the UK. While this is slightly unusual, it's hardly surprising considering how popular the thriller has become. It’s no coincidence that Villanelle and Eve are such strong characters when Waller-Bridge is in the writing room. She told the Mirror, “being able to say to Jodie, ‘This is your character — this wild, unpredictable girl and you don’t even have to take your top off’. Everyone felt very passionate about it and the actors as well.” She continued: “It’s hard to catch a break in this industry, and historically really hard for women to be trusted.”

The launch date for series three of Killing Eve is yet to be confirmed. While fans can certainly be excited about the return of the cat-and-mouse chase between Villanelle and Eve, they should also keep their eyes out for Waller-Bridge, as she may well be Villanelle's next victim.