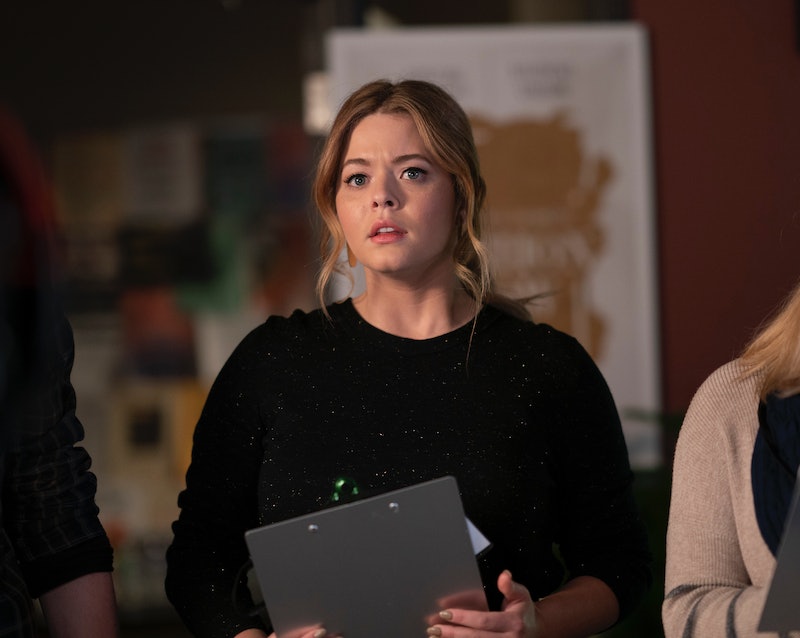 PLL: The Perfectionists definitely seems to be following in the footsteps of its predecessor, Pretty Little Liars. There are very, very beautiful people. There’s plenty of intrigue and snooping. So far, there’s one staged death and one real murder. And still, Mona Vanderwaal is behind the scenes, trying to make sense of it all and flirting with some guy she’s playing chess with. Of course, if you’re not currently watching The Perfectionists, you’re going to want to catch up, and streaming is the perfect way to do this. But will PLL: The Perfectionists be on Netflix or Hulu anytime soon?

Sorry to say, late fans, but if you want to get up to speed on The Perfectionists right now, you need to watch it on demand on Freeform’s own streaming services. They have full episodes there, but you’ll need a cable login to watch them all — you may need to borrow a friend’s or get resourceful if you’re absolutely desperate for this new Ali and Mona buddy-cop drama. You can also catch The Perfectionists in an up-to-the-minute basis on Hulu, but again, subscription needed. But if you can hold out, The Perfectionists will eventually be on Netflix after the first season has aired in its entirety.

There’s no definitive word yet about when, but let’s look at the facts — every season of Pretty Little Liars ended up on Netflix after it completed, and this is the same show (kind of) with the same showrunner and the same network. It would be very strange if The Perfectionists weren’t available for full Netflix streaming by the end of 2019. For now, though, you have to wait, scheme, or watch live — hey, that sounds like all of Ali and Mona’s options on the show.

Hopefully, Netflix has its plans in place when it comes to The Perfectionists, because fans are absolutely clamoring for it to be available on Netflix. There's even a Change.Org petition for Netflix to get its act together and do it already. Of course, it's not that easy — the season usually has to be done airing live when Netflix decides to release it. Still, fans want it, and they want it now.

Some Will Resort To Unsavory Methods

And Others Are Just Plain Begging

This method, though, may work, if we're all insistent enough.

Most Fans Are Just Patient & Hopeful

At Least One Fan Has Been Moved To Tears Over This

Not sure if this is worth crying over, but the tears will be worth it eventually.

Personally, I want the show to be on Netflix so I can relive all of Mona's best moments of the season. She was the best part of Pretty Little Liars, and now, she's the best part of The Perfectionists. What a character evolution! Of Mona, actress Janel Parrish told Teen Vogue, "Mona has become one of the heroes of the show... she's a little bit more evolved, same as Ali... both of them are trying to reinvent themselves in some way.” Whomever your fave is, you'll be able to relive all their best Perfectionists moments on Netflix sometime soon (hopefully).