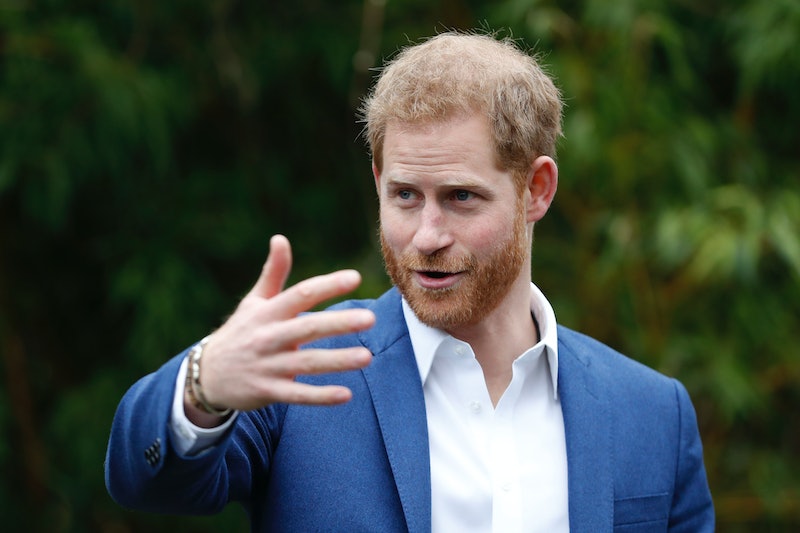 Strictly Come Dancing is one of the only things that lights up those cold winter nights on the run up to Christmas. With the best glitter, sass, and gowns on TV, it attracts ballroom royalty and turns those who can barely string a few moves together into dancing queens. But what if the actual royals got involved? An interview with two Strictly veterans revealed Prince Harry has been considered for Strictly Come Dancing. Of all of the royals, I have to say, Prince Harry is still the one I can imagine breaking out some moves at Buckingham Palace parties. And with a baby that is going to arrive so soon he can dispel the myths that all men succumb to the curse of dad dancing.

It came as no surprise when HELLO! magazine revealed that the Duchess of Cornwall is a big Strictly fan. Who isn’t? However, it was an interview with two of the show's professionals which set the rumour mill buzzing that we might see Prince Harry sashaying across the Strictly dance floor in a bid to win the glitter ball trophy. In an exclusive chat with HELLO! magazine it was Katya and Neil Jones who revealed Prince Harry had been suggested for the show.

In the interview with the publication Katya Jones said, “I think there were a few times that they thought Prince Harry might do the Christmas special." Well who wouldn’t want to dance with a prince? However, she joked that the spot may already be filled, “But, we've already got a ginger on the show. Why do we need another one?"

Neil Jones revealed to HELLO! magazine that while having Prince Harry on the show would be amazing he has his eyes on another royal, "I would love to dance with the Queen. Give me the Queen." As busy as I’m sure the royal schedule is why not get them both involved? It will be a right royal affair.

The BBC have confirmed that both Katya and Neil Jones will be back for the 2019 series of Strictly Come Dancing which, while there is no set release date, is expected to return in September. They will be joined by other professional favourites Kevin Clifton, Janette Manrara, Oti Mabuse, Dianne Buswell, and Aljaž Škorjanec. Nadiya Bychkova, Anton Du Beke, Karen Clifton, Giovanni Pernice, and Amy Dowden will also be returning to the dance floor. As well as Giovanni Pernice, Gorka Marquez, Luba Mushtuk, AJ Pritchard, Graziano Di Prima, and Johannes Radebe. I can barely wait.

The BBC are yet to confirm which celebrities will be competing in the glitziest competition on TV. However, Chris Evans confirmed he had said yes to taking part in the 2019 series on The One Show despite not yet signing a contract. News reader Huw Edwards has been looking seriously sharp lately and we may be seeing a whole lot more of him as he revealed to Steve Wright on BBC Radio 2 that he had been approached to be on the show. While there were rumours reported by Radio Times that Alan Carr may be waltzing his way onto our screens on Strictly Come Dancing he has explained that there is too much going on inn 2019 for him to consider it, but it is on his bucket list.

I think it is fair to say that if Prince Harry ever was to agree to don a sparkly mesh roll neck and rumba his way onto Strictly the nation would go wild. Already one of the most loved royals I can’t imagine what it would do for his publicity. However, 2019 is a pretty big year for Prince Harry so while we may not see him on Strictly 2019 there is a new little royal on the way.