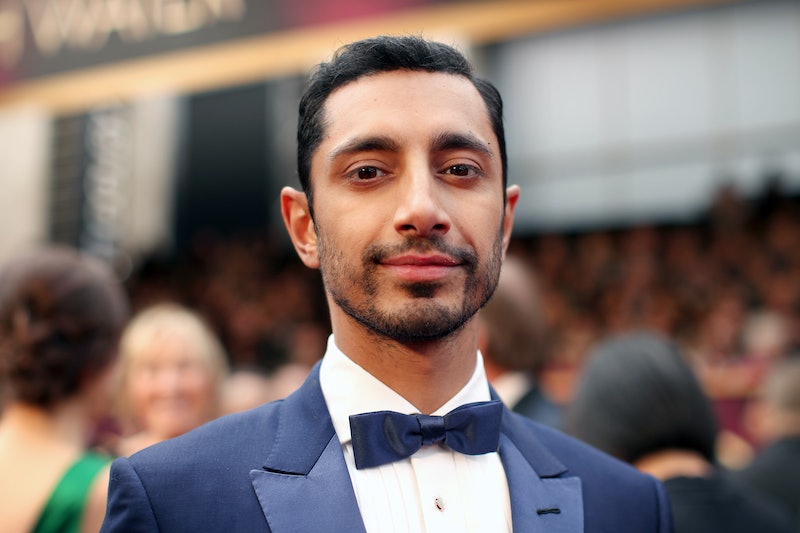 This past month was a most glorious day to be both a nerd and a human being, because Riz Ahmed was named one of TIME's 100 most influential people — and the article about him was penned by none other than Lin-Manuel Miranda. The convergence of Star Wars and Hamilton nerdery aside, the accomplishment was well-deserved by Ahmed and beautifully written by Miranda. Still, it presented a pressing question that has been on many fans' minds for weeks: will Riz Ahmed play Hamilton in the London production of the show?

Aside from the obvious reason why this should happen (read: because I neeeeeed it), the idea of this happening is less than far-fetched. The London production, set to open on the West End in November 2017, has yet to make a cast announcement for its leading man — but as the date draws closer and closer, fans haven't been able to help but notice that Lin and Riz have made just enough key guest appearances on each other's Twitter feeds to raise some eyebrows. While it is worth noting that they both have worked in the Star Wars franchise, with Riz starring in Rogue One and Lin penning and singing the Cantina Song from The Force Awakens, their friendship seems to run a little deeper than a galaxy far, far away.

What do y'all think, my fellow Hamilton nerds (or, as we affectionately dubbed ourselves, "Ham trash")? Could Riz the next contender for Hamilton, or are we reading far too into this bromance — one that might have nothing to do with Hamilton at all? Let's examine my thesis for why this is happening, and why it should happen if it isn't.

^^ Um, hello. If this didn't set your nerdy brain on fire, I don't know what will. This is the kind of tweet that makes a human take a personal day from work so they can do jazz hands at their computer until they fall clean off. But more to the point, British "twin"?? Yes, they are both Star Wars alums, songwriters, rappers, actors, and advocates on Twitter (who love their mothers very much). But that's the kind of commonality that merits, like, a British "bro" or a British "BFF," in my extremely well-informed, nuanced opinion. "Twin," on the other hand, seems to this unrepentant fangirl like a tiny admission that Riz might be stepping into A. Ham's shoes after all.

I mean, yes, duh, if you didn't already know, Riz is not-so-secretly a rap genius. For those of you who jumped on the Riz bandwagon after Star Wars (me, cough, me), you may not have known that Riz MC has been rapping in the public eye since 2006 — his albums Microscope, which he released as a solo artist in 2011, and Cashmere, which he released in 2014 as half of the hip-hop duo Swet Shep boys, both achieved critical acclaim. Basically, Riz could slide into the role faster than he and Lin are sliding into each other's DMs with all those fun inside jokes that WE'RE NOT A PART OF (sorry, I digress).

I Mean, He Was On The Hamilton Mixtape

And because he was trying to kill us all with the awesome, he dropped a Star Wars nod in it, too. Catch him in the remix of "Immigrants (We Get The Job Done)," where he simultaneously raps about his past as an immigrant and basically rips a hole in the fandom universe that demands to be filled with him playing Alexander Hamilton in the London production, lest it fold into itself like a dying star. (It's science, guys. I don't make the rules.)

I Want It Very Badly, And I Am Not The Only One

More like this
Ed Sheeran’s Surprise Gig Included An Iconic Britney Spears Tribute
By Bustle Editors and Darshita Goyal
Self Esteem's “F*cking Wizardry” Is An Anthem About Knowing Your Worth
By El Hunt
Mariah Carey Is Releasing Her “Lost” '90s Grunge Album
By El Hunt
Everything You Need To Know About ‘Black Panther: Wakanda Forever’
By Bustle Editors
Get Even More From Bustle — Sign Up For The Newsletter