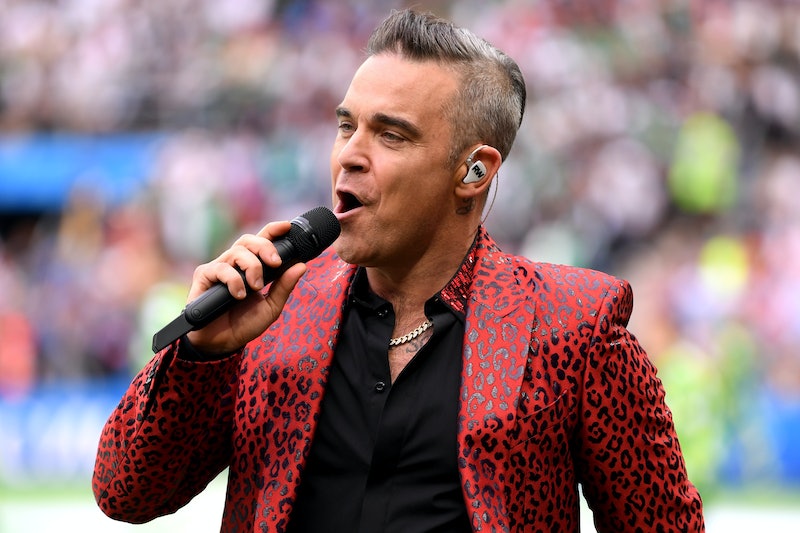 For many fans, the mere mention of Take That will send shudders and flutters in all parts of the body. They are cemented in the hearts of fans in the way that only a boy band you loved as a youth can be. A constant passenger of teenage horniness that will never leave your side. Like all great groups, everyone has their favourite, and let's be honest — the most popular of the band's original line-up remains Mr Robbie Williams. But sadly it has been confirmed Robbie Williams will not join Take That on tour in 2019.

OK, please stop screaming you are in public. I am sorry, but it's definitely true and has been confirmed by Take That singer Howard Donald. Donald was quizzed by The One Show hosts Alex Jones and Matt Baker when he appeared on the chat show, and dropped the sad news.

"It's not going to happen. He's got his thing. He's just done Vegas, which is amazing for him."

All this after Williams himself flipping hinted at a reunion when he appeared on Lorraine, it is a bit of a blow. This is what he told TV's favourite morning host:

"I would like to, if we are in the same place then I'm definitely in. I think there is a mic open for me".

OK well at least we know from Williams' end of things, it's not a never ever. But would his bandmates have him? Donald was completely clear that any of the five members were always welcome, basically having a chill open door policy.

A lot has happened since five young men got together and founded a band back in 1989, after Nigel Martin-Smith sought to create a new British group. Yes, that is 30 years ago y'all. Yikes. Their first official single "Do What You Like" showcased not only their singing prowess but also some pretty lit '90s fashion and some seriously funkadelic moves. Including, literally, bare arses FTW and a hell of a lot of proper raver dancing.

After this their rise was low key meteoric. Their bra-throwing-inducing babeishness sent women across the globe into a frenzy. Literally. A perfect example of this is in a recent episode of Derry Girls where one of the characters is convinced that Robbie Williams communicates with her telepathically through the TV.

In 1995 Williams broke his fans hearts when he chose to leave the band to pursue a solo career. In fairness, he produced some pretty big tunes like "Angels" and every time he has a tour it seems to sell out almost immediately. So, tbh it looks like he made a pretty sound decision. In 1996 the whole group disbanded, meaning that was a pretty tough two years for Take That obsessives. I can actually remember the news conference and my friend's older sister crying.

Back in 2005 though, the guys got back together (minus Williams) and have been churning out bangers, a mile a minute, ever since. Jason Orange chose to leave the band in 2014, so it is now down to Mark Owen, Gary Barlow, and Donald to get on the road for the 30th anniversary tour.

Get your tickets for Take That's 30th anniversary tour here