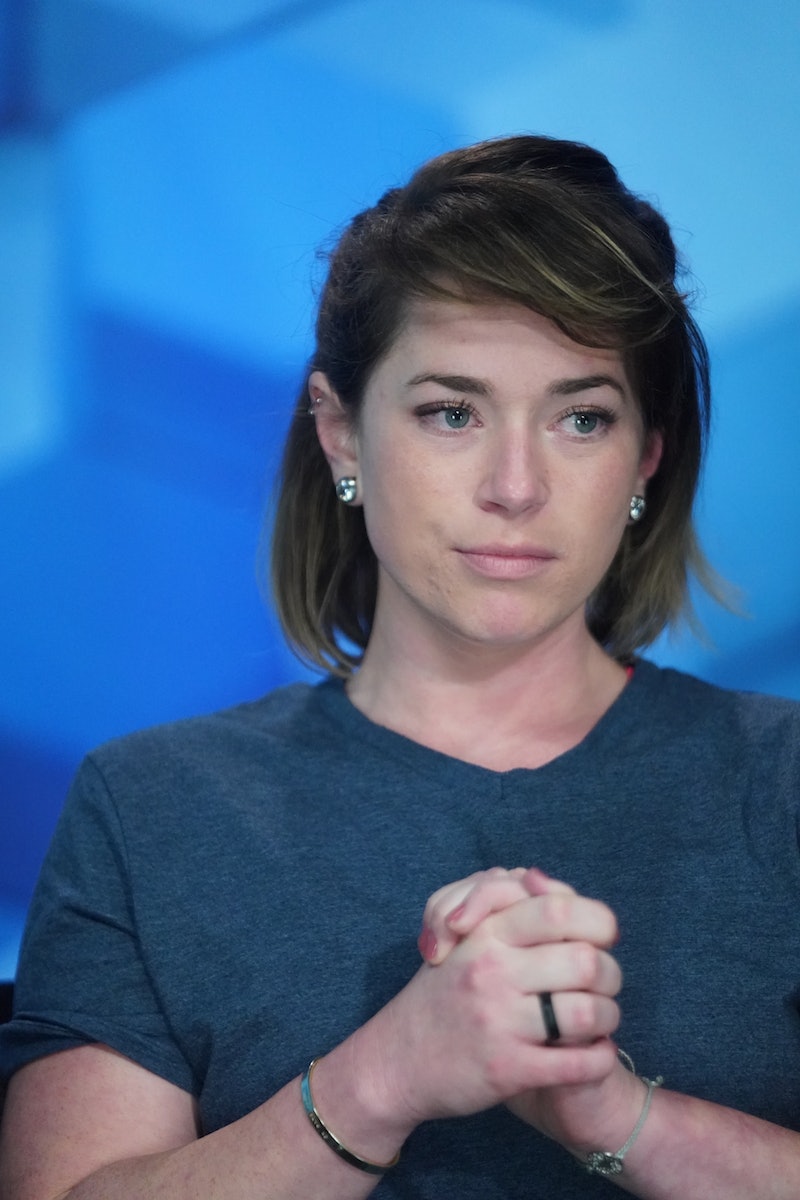 The 24-hour nature of Big Brother means that fans who watch the feeds are privy to more information than what airs live. And recently, the feeds have shown that Sam wants to quit Big Brother 20. Of course, that's not new information: she's been threatening to quit/sobbing about wanting to go home all season. Still, could her third time in a row of being on the block make Sam self-evict for good?

According to TV Guide, a recent conversation Sam had with herself at night seemed to indicate that she had plans to make a "voluntary exit," which is when a houseguest chooses to leave the game rather than wait around to be evicted by the house. As captured in a clip shared by a Twitter user, the Sept. 16 conversation went like this:

"I guess that would be really hard to explain if I just got up, got dressed, put my boots on, grab the lead pipe that I took off the locker in the bathroom and smash every single one of these glass TVs across here from me and then shredded these f*cking drawers, pick one of these saucers up and threw it through that f*cking window right there. That probably wouldn't be that good. It would take me about 45 seconds to get up and get everything that I needed. And the door to the parking lot is right there. I wouldn't call that a voluntary exit but..."

That's when the feeds cut off, so fans couldn't hear the rest of her conversation. Sam has spoken of various acts of violence throughout her tenure on the show. She once explained in intense detail what "curb stomping" was to JC, said she wanted to stomp a "mud hole" in Kaitlyn's chest, and threatened to tear the doors off the rooms if she gets evicted, but she hasn't acted on any of those threats. So, it's likely that her talking about smashing all the camera screens was just her voicing frustration about the lengthy period away from home and her situation on the block.

The "voluntary exit" part, however, carries more weight. Since she was put on the block Week 1, Sam has talked constantly about going home on the live feeds. After she was saved that first week, she told Winston and Brett she was frustrated that she knew she could leave via self-eviction, but was struggling with whether or not she wanted to stay in the game. That was July 1.

On July 23, she was caught crying about wanting to go home again.

And the week of Aug. 9, Sam again voiced her opinion about wanting to go home. It made the other houseguests consider putting her on the block since she clearly didn't want to be there anymore.

Other houseguests were sure she'd self-evict at some point.

That brings us to now. Sam has alternatively really wanted to stay and really wanted to go multiple times. She's flipped back and forth throughout the season, even proclaiming Week 8 (you know, like halfway in) that she was finally ready to play the game.

That didn't last long, though, and she was quickly back to sulking in the Have-Not room and complaining that she wanted to go home, but also that if she was sent home, she'd tear every door off its hinges on her way out.

In any case, as of Sept. 18, it seems as though she'll be voted out before she pulls the plug on self-evicting. On the evening of Sept. 17, Sam said again that she was OK with leaving, and it's looking very likely that she will. The next eviction takes place on Sept. 19, and Level Six has proclaimed her the target for their eviction votes.

There's no telling how Sam will react when all the votes are said and done, but based on what she's threatened, the BB house may have some cleaning up to do after she's sent packing.