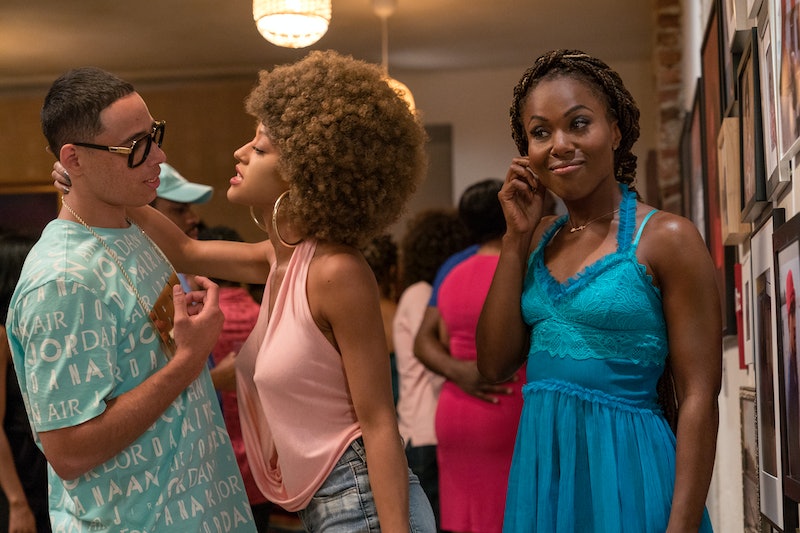 Much to the joy of Spike Lee fans everywhere, the TV adaptation of his film, She's Gotta Have It, returned this week. If you're a dedicated fan, you've probably already blown through the newest episodes, and are itching to know if She's Gotta Have It will return for Season 3.

Update: Netflix has canceled She's Gotta Have It after two seasons, Variety reported.

Earlier: Unfortunately there's no news on a renewal for She's Gotta Have It just yet, but that's not necessarily a bad sign. Per Deadline, the second season came along a whopping 18 months after the series premiere, so this is one show that's taking its time. Netflix will want to examine how well the series does with viewers before agreeing to a third batch of episodes, but we probably won't know much about the streaming giant's decision-making until it's all said and done — it's notoriously fickle about revealing any viewership data or ratings.

The show follows Brooklyn-based artist Nola Darling, played by DeWanda Wise, as she grapples with her creativity, identity, success, and romantic relationships. Fans are enamored with Nola, understandably, and seem eager to follow her as long as the story will go. Nola is far from perfect, but flaws and all, she's been an resonant character with viewers for a ton of reasons.

Especially with all this love behind it, the format the TV version has been running with would totally lend itself to a third season. And given that the original 1986 movie was only a tight hour and a half long, and the show has already expanded well past that foundation, it's obviously not afraid of building upon its limited source material.

Lee told AfroPunk that Nola still has a ton of learning left to do, so it sounds like they won't be lacking any material if the series continues past Season 2.

"One of the themes I’ve thought about that keeps recurring in my films: the choices people make, and the ramifications of those choices," he said. "Because the wrong choice could set you back, or you end up being dead. Some serious consequences with the choices people make. And Nola’s just trying to make it work, but… This is the best way I could say it. Nola Darling is a work-in-progress. She’s not finished yet."

Wise seems to know that viewers relate to Nola. That's why she's always wanted her character's journey to be nuanced, realistic, and to make people uncomfortable in some ways, especially as a black woman. "I made a choice years ago to gravitate toward women characters who could be cast aside or deemed difficult," Wise told NBC News. "Everyone wants a wholesome Clair Huxtable type. In my opinion, we have been marred with a responsibility of representation. It’s the racial burden of upward black mobility."

She's Gotta Have It might not have a third season officially lined up, but that doesn't mean it doesn't have a bright future ahead of it. Season 1 has an 88 percent positive rating on Rotten Tomatoes, and fans were super eager for Season 2 to premiere. Hopefully we won't have to wait too much longer for news about a third season, but either way, we were still blessed with some new episodes to binge in the meantime.

More like this
This Tiny Clue In 'Wednesday' Foreshadowed That Season Finale Twist
By Grace Wehniainen
Ava DuVernay Thought The 'Queen Sugar' Series Finale Felt “Really Satisfying”
By Brad Witter
Everything To Know About 'Monarch' Season 2
By Gretchen Smail
Is Blake Lively Or Penn Badgley The Richest 'Gossip Girl' Star From The OG Series?
By Hugh McIntyre
Get Even More From Bustle — Sign Up For The Newsletter