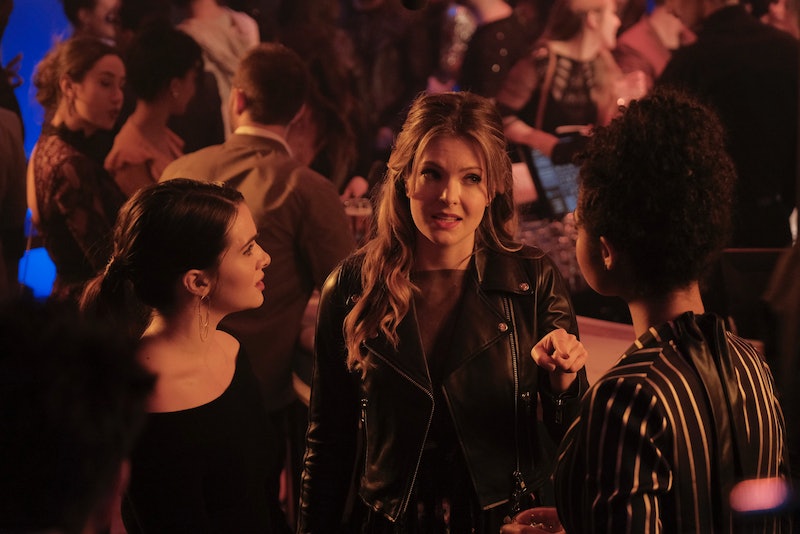 In an age of social media and influencers and connections, it can be easy to look upon your own life’s path and say, “Meh.” That’s basically what Sutton is doing now on The Bold Type. She’s made some huge strides in her career as of late, but when she compares herself to others (which is a terrible idea but also really hard not to do), she’s not thrilled with her place in life. Now, she’s trying to figure out how to climb to the top, with mixed results. Will Sutton get fired on The Bold Type? She's hanging out with some less-than-savory characters.

It all starts when Sutton meets Brooke Langley, an up-and-coming influencer who is at Scarlet to meet with Oliver, Sutton’s boss and the head of the magazine’s fashion department. Oliver thinks influencer stardom is probably a passing fad, but the powers above him really, really want him to work with Brooke, so he takes a meeting. In the meantime, Brooke meets Kat, and she’s impressed that Kat is the head of her department after only four years at Scarlet (the same amount of time Sutton’s been at the magazine, and she’s still just an assistant). And it’s here that Sutton decides to network a little and befriend Brooke in order to perhaps boost her profile. The two bond over recent breakups and decide to head out on the town — all on Scarlet’s dime, of course. (Off topic: Is it strange to anyone else that Sutton already has a company credit card? Isn’t that a little above her pay grade?)

This is all well and good until the nights out grow more frequent and Brooke invites more of her friends to join, to the tune of an $800 bill for drinks that Scarlet (and Sutton) will have to pay for. Oh, and $500 of that money is something that the manager of the club added on as a “miscellaneous” expense just for Brooke — a little bit of nose candy, aka cocaine, designed to make Brooke return and thus make that very club a hot spot for influencers and celebrities. Yikes.

Sutton’s attempts at networking really blew up in her face here. Yes, she wants to be one with the in crowd, but she’s realizing that Brooke is taking advantage of her. The episode ends as she signs her expense reports, and the biggest question I have is — is Scarlet really going to approve an $800 charge for “client drinks” on an assistant’s expense account? Isn’t Oliver going to flag that even before it hits the accountants?

Sutton is an ambitious person, but what she’s forgetting in hanging out with someone like Brooke is that you can’t sacrifice yourself and your own moral center in order to get ahead in life. Sure, you’ll make more money, but will you really be happy with yourself? Sutton certainly would not. As Kat said, Brooke’s mom is a buyer at Barney’s, so Brooke’s connections came built in at birth. Kat is the head of her department because she worked her cute little butt off. Sutton is doing the same, though a career shift may have set this magical timeline she has in her head back a few years.

Sutton can’t see the forest from the trees at the moment — she wants to make the connections that will earn her respect in the industry and get her promoted, but right now, she’s getting trampled. That’s disappointing, because in Season 2 of The Bold Type, we’ve already seen Sutton stand up to slut-shaming Mitzi and try some new photoshoot ideas with Adena. Sutton can do this job, and it’s this The Bold Type fan’s worry that she’s sabotaging herself in order to fit in with a crowd she’s not meant for anyway.

Careers are never linear, and one person’s path rarely echoes someone else’s. Like Teddy Roosevelt said, “Comparison is the thief of joy.” Right now, it seems like Sutton will have to face some serious consequences if she keeps comparing herself to the women around her.