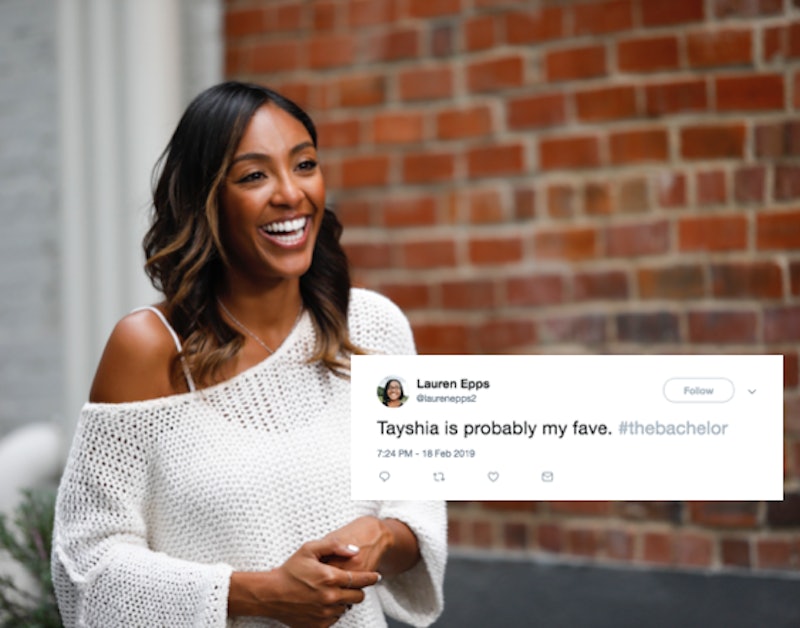 Bachelor fans having been waiting all season to see Colton jump over a fence, but now that the moment has come and gone, it makes you wonder what will become of his remaining two contestants. It seems unlikely that he'll end up with either of them, given that he already admitted he's in love with Cassie, so where does that leave their Bachelor future going forward? For example, will Tayshia be on Bachelor in Paradise or will her departure from The Bachelor signify the end to her involvement with the franchise overall?

At this point in time, it's impossible to know for sure whether or not she'll sign on for Season 6 of Paradise, mainly because she's still technically a contestant on Colton's season. So until she fails to receive a rose, there's still a possibility she could ultimately win over Colton's heart and therefore no longer qualify as a BIP contestant. That being said, the odds of Colton choosing either of his remaining contestants after pledging his love to Cassie seems very unlikely, which means Tayshia would be available for Bachelor in Paradise. It's just a question of whether or not she'd be interested in remaining apart of the Bachelor family. Fans seem to adore her and others have even been rooting for her dad to bartend next summer. It's not a bad idea, right?

On the one hand, she could be too heartbroken to even think about pursuing a romantic relationship with anyone else in the near future. But then again, maybe not. Tayshia has become a fan favorite due to her down-to-earth nature and genuine interest in finding love. She's pushed both herself and Colton to face their fears (like jumping from great heights) and it would be a shame if she were to leave the show completely heartbroken with no possibility on finding on-screen happiness for us to witness.

As of now, Tayshia has yet to speak on the matter, but if fans have anything to say about it, she would definitely be a welcome member of the Bachelor in Paradise Season 6 cast. However, it would be completely understandable if she needed to take some time away from the spotlight in order to heal from her emotional wounds.

Up until last week, Tayshia was completely invested in her relationship with Colton and confident that she had a solid chance of walking away from this season with the final rose. Her fantasy suite date with Colton went well, judging from her interviews afterward, so odds are she'll be pretty surprised to learn about the fence jump and all the drama that went down between him and Cassie. But while Colton may not be the man she's meant to be with, that's not to say that there aren't other candidates from Bachelor Nation that could fit the criteria. Depending upon who signs up for the sixth season, Tayshia could find Mr. Right in Paradise. There have been a lot of great couples to come out of the show and she could prove to be no exception.

Tayshia may not get the Bachelor ending she deserves, but Paradise could look to rectify that wrong. So fans should keep their fingers crossed — Bachelor may not be the last we've seen of her.

More like this
Where Is Clayton Echard Now? The Former 'Bachelor' Star Is Dating Susie Evans
By Kadin Burnett
Everything To Know About 'Bachelor' Host Jesse Palmer
By Justice Namaste and Radhika Menon
Here's Our Ranking Of The Funniest 'Bachelor' Casting Ad One-Liners So Far
By Grace Wehniainen
Former 'Bachelor' Producer Elan Gale Knows The Secret To Your Favorite Shows
By Samantha Rollins
Get Even More From Bustle — Sign Up For The Newsletter