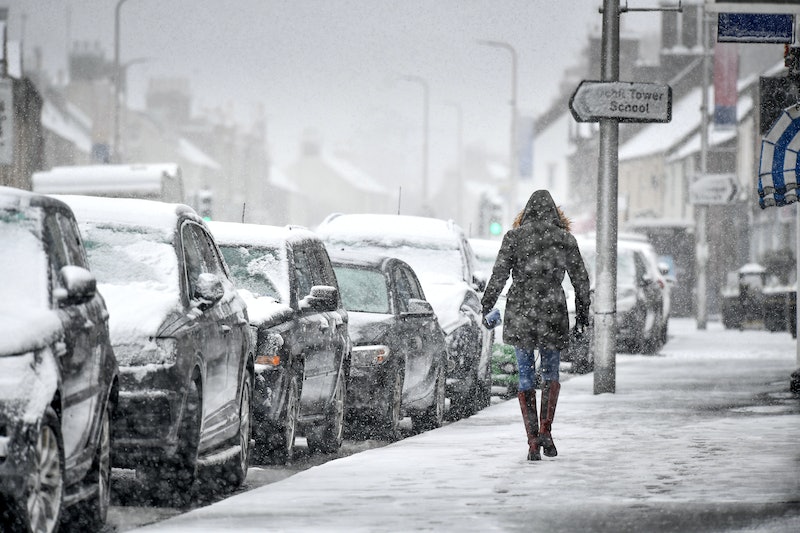 Premature Christmas crackers and cards are in the shops, which means summer is officially drawing to close and the colder months are now upon us. Whilst there were record-breaking high temperatures this summer, now it might be time to brace ourselves as record lows may soon follow. The UK could see the Beast From The East returning for one of the coldest winters in 30 years.

This summer sparked conversations around climate change when July’s heatwave reached highs of 38.7C at Cambridge University Botanic Garden. Now, in a new paper on long-range forecasts for January-February 2020 in the UK, a group of scientists from University College London, are predicting this winter could be freezing. In it, the team, led by professor of Climate Action Mark Saunders, states: “It would rank January-February 2020 as the seventh coldest winter in the last 30 years, and the 23rd coldest winter since 1953.” The weather would be brought on by winds from the Atlantic coming south after Christmas.

A representative from the Met Office told Hull Live, that it is “too early to call” whether the Beast From East will actually be returning this winter. "Most winter conditions, you would expect it to be cold at times. It’s far too early to put temperatures on conditions. Over the course of winter, it will get cold.” They continued: “From a Met Office perspective, we are not issuing anything saying there will be a Beast from the east returning."

In 2018, snowfall and freezing temperatures swept across the UK from Russia, soon leading to the creation of the term “Beast From The East” as temperatures reached lows of -17C in the Cairngorms in Scotland. The Met Office has explained how these these kinds of weather events come about. According to a post on its website: “when pressure is high over Scandinavia, the UK tends to experience a polar continental air mass. When this happens in winter, cold air is drawn in from the Eurasian landmass bringing the cold and wintry conditions that give rise to the 'Beast from the East' moniker."

The cold weather heading to the UK this winter could be extremely dangerous for some of the more vulnerable people in society. Sky News reported there were 17 deaths related to the below-freezing temperatures brought on by the Beast From The East last year. A number of the people who died were homeless, and they are amongst the worst affected by extreme weather. In these cases, The Severe Weather Emergency Protocol can be activated across England and Wales to increase the number of shelters and help available for people who are sleeping on the streets.

Whether the Beast From The East returns this winter or not, it's always a good idea to keep up to date with severe weather warnings, as well as getting yourself or your home prepared for the cold, especially for those who may be more vulnerable to the low temperatures. And with extreme weather conditions apparently on the rise (by comparison, the UK experienced the hottest February day on record when Trawsgoed in Ceredigion reached 20.6C this year), it's a good time to contemplate what we can all do to help fight climate change.