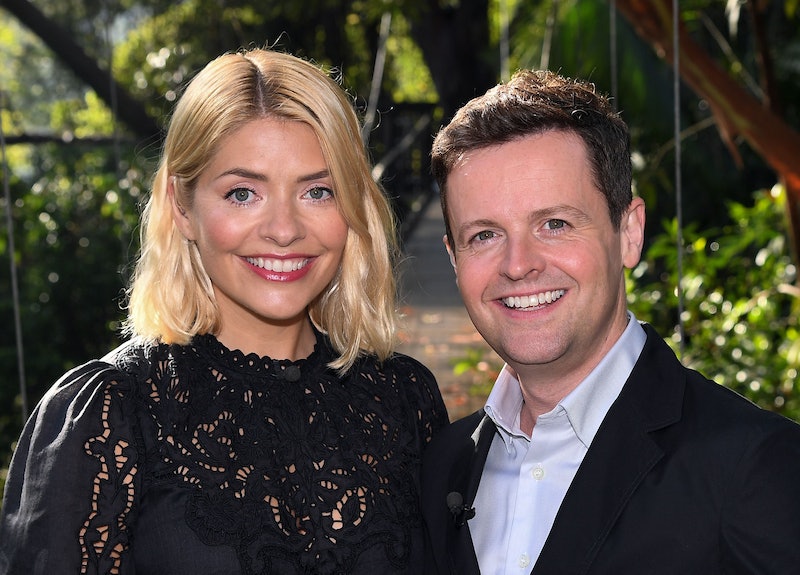 Things could quite literally be going up in flames for this series of I'm A Celeb. There's already the threat of having to go without dinner for another night, and of sharing a bed with a tarantula — but now the camp faces its biggest scare yet. Reports of blazing fires right near the camp's Queensland, Australia location have just emerged, and it's not looking good. So will the I'm A Celebrity camp be evacuated? Australia's currently suffering through a very dry and hot spell, causing forest fires and the show's reportedly in talks with local fire services. Here's what we know so far.

In an exclusive, The Mirror reported on Wednesday, Nov. 28 that ITV bosses are allegedly on "high alert and braced for the prospect of having to evacuate the I'm A Celebrity camp." There's reportedly up to 200 fires within the camp's Queensland region, with some of the nearest blazing only 60km away, in the Gold Coast suburbs of Oxenford and Wongawallan.

As the BBC reported on the same day, thousands have already been told to flee the area, due to the "catastrophic" nature of the fires. "We have never, ever in this state been in this situation before," Annastacia Palaszczuk, the Premier of Queensland told reporters on the night of Nov. 27.

According to the BBC, around 8,000 residents in the area have been told to evacuate immediately. And since, as the State's Premier said, Queensland has never had to deal with this level of catastrophe before, my guess is that the camp will be advised to do the same.

Palaszczuk reportedly added on Wednesday night that this particularly severe heatwave is expected to last until Tues, Dec. 4, and that there's going "going to be very serious conditions from now until then.” As an insider told The Mirror, the show "speak[s] to the fire services regularly," and they're remaining on high alert.

As of now, the source reportedly says, "There is no immediate danger but the safety and the welfare of our cast and crew is our number one concern, and so we will continue to watch how the fires develop. We are really hoping they don't get any closer to camp." I've reached out to one of the show's reps to see if anything's changed, and will let you know as soon as I hear back.

Either way, I predict that this might be the last time I'm A Celeb pitches up camp in its Springbrook National Park setting. The show's been getting flack from the locals for years now, and this whole fire thing — if it doesn't engulf the camp first — will probably be the last straw. The Sun reported back in 2016 that the landowner Craig Parker is reportedly "sick and tired" of the show's treatment of the campsite, and was refusing to sign an extension to the contract. It seems he did, after all, extend the contract, as the show is still filmed there, but in 2017 it was reported that in 2020 the camp might be moved to Kangaroo Island after agent general Bill Muirhead pitched for the gig.

But before we get ahead of ourselves, the show has evacuation procedures in place, so you don't need to worry about the safety of those celebs. Here's hoping those fires quit it soon.