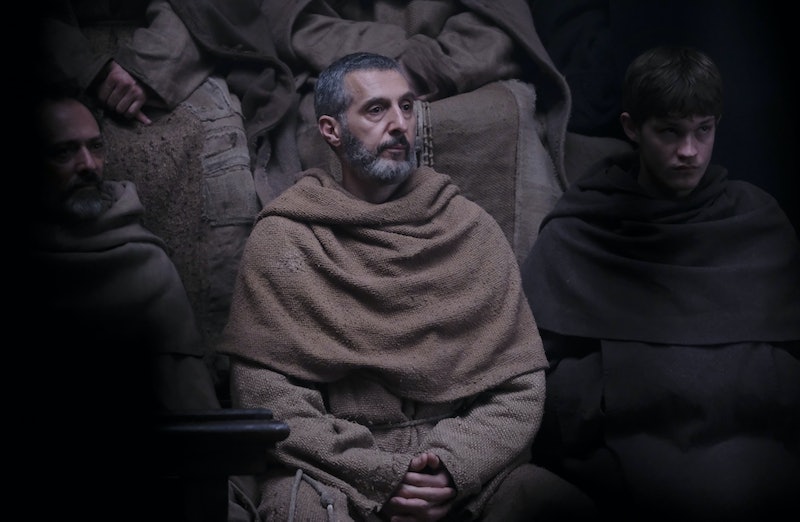 The BBC adaptation of Umberto Eco's The Name of the Rose follows the story of the Franciscan monk William of Baskerville and his apprentice, who during a visit to a monastery in the Alps, find themselves at the centre of a murder case. The eight-episode drama, which stars the likes of Rupert Everett and John Turturro, wraps up tonight on BBC Two. But will The Name of the Rose return for season 2?

As it stands, a second outing of the TV adaptation doesn't appear to be in the works. However, just to be sure, I have reached out to the BBC for comment, and will update with any new information once it becomes available.

As The Sun reports, the series is based on Umberto Eco's popular novel of the same name, and centres around Franciscan monk William of Baskerville and his apprentice, Adso von Melk, who embark on a trip to a monastery in the Alps. However, upon their arrival, the pair discover a murder has taken place, and begin to piece together a series of mysterious events which led to the unfortunate death of a monk. During their investigation, William and his apprentice also face the wrath of an inquisitor, who was sent to the monastery by the Pope himself.

As the Radio Times reports, the cast of The Name of the Rose is headlined by Emmy award-winner John Turturro as William of Baskerville, Red Band Society's Damian Hardung as novice Adso von Melk, and My Best Friend's Wedding star Rupert Everett as Bernard Gui — and although the BBC surely jumped at the chance to retell Eco's classic story, this isn't the first time the '80s novel has been awarded an on-screen adaptation. According to iNews, the book enjoyed significant box office success following the Sean Connery and Christian Slater-led cinematic reimagining — which could have inspired the BBC's decision to reintroduce modern audiences to the murder-mystery.

The final chapter of The Name of the Rose will air tonight at 9 p.m. on BBC Two, and if the series stays true to the original book ending, viewers are in for a real treat.

More like this
Everything To Know About The 'Daisy Jones & The Six' TV Series
By Maxine Harrison and Brad Witter
The Song At The End Of 'The Last Of Us' Ep 1 Has A Deeper Meaning
By Sophie McEvoy
Twitter Is Burning As Phoebe Dynevor Reveals Daphne’s 'Bridgerton' Exit
By Sophie McEvoy
Helena Bonham Carter Doesn't Think 'The Crown' “Should Carry On"
By Sam Ramsden
Get The Very Best Of Bustle/UK
Sign up for Bustle UK's twice-weekly newsletter, featuring the latest must-watch TV, moving personal stories, and expert advice on the hottest viral buys.