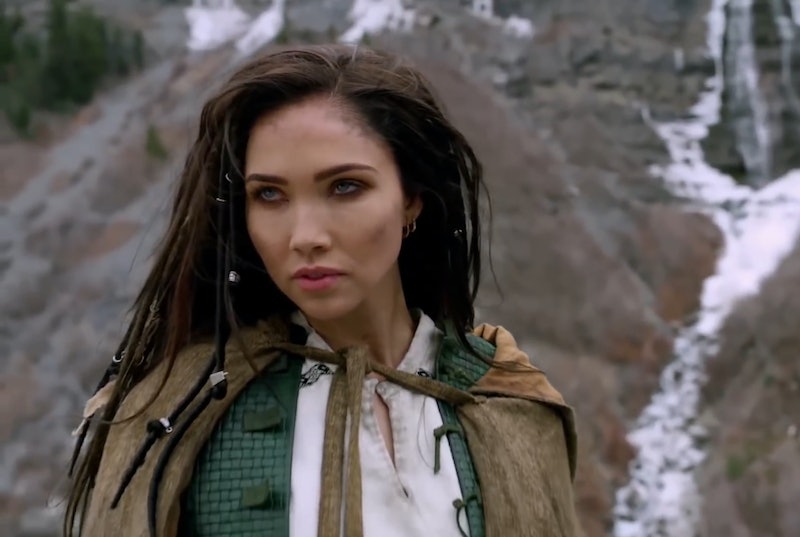 The CW has an intriguing premise in its series, The Outpost — there's no doubt about that. The show almost seems to have a Game of Thrones-esque vibe as it follows a young woman, Talon, looking to avenge her family's murders in a mysterious world set centuries ago. But critical reception, and general audience response, hasn't been what the network likely hoped it would be — which don't make for great odds that The Outpost will return for Season 2.

According to TVSeriesFinale.com, there hasn't been a decision made one way or the other regarding if The Outpost will continue past its season finale this week. But the analysts behind that website don't have much hope for its future. "The ratings are terribly low so, unless this series is really cheap for the network, I can’t see it being brought back for another season on The CW," the page reads. And indeed, the website's statistics have The Outpost ranking as the seventh most popular on the network out of eight summer series. That checks out when compared to a Variety report, which noted Outpost was the lowest-rated and least-watched show on its premiere night — including reruns. That's not exactly a great start.

The Outpost also only has a 50 percent positive critical rating on Rotten Tomatoes, which could obviously be much higher. And even beyond that, critics have panned its low production value, as well as what some see as ineffective storytelling.

Daniel Fienberg wrote for The Hollywood Reporter that it was "hard to remember the last time a broadcast network aired a series that looked this cheap, which doesn't bode well for a show with epic fantasy aspirations." Joel Keller's review of the show for Decider was similarly damning, and criticized The Outpost's "confusing storytelling, muddled action, bad British-combined-with-Kiwi accents, poorly-named monsters like 'plaguelings' and by-the-numbers acting."

But it's not all bad news — plenty of shows that might not be met with critical success are able to find a niche among viewers, and that might still be the case with The Outpost. When looking at the same Rotten Tomatoes page linked above, the audience score is 80 percent positive — a stark contrast from that given by professional critics. And some fans on social media have become invested enough in The Outpost to call for its renewal on Twitter.

Plus, not all of the critical reviews were quite so harsh. The Los Angeles Times' Robert Lloyd was more forgiving, calling The Outpost "a self-aware stew of ingredients you have tasted in similar combinations before" but later conceding that it's "humorous enough and romantic enough and as bloody as it needs to be for the international market."

It's hard not to root for a show when its biggest shortcoming appears to be its lack of budget — that's not really anything it can actively change, and oftentimes, storytelling can overcome that speed bump. It's more difficult to look past, though, when a fantasy-based show relies so much on special effects for its impact, and ultimately can't deliver. That being said, another badass woman is always welcome onscreen, so hopefully The Outpost finds a way to stay on air.