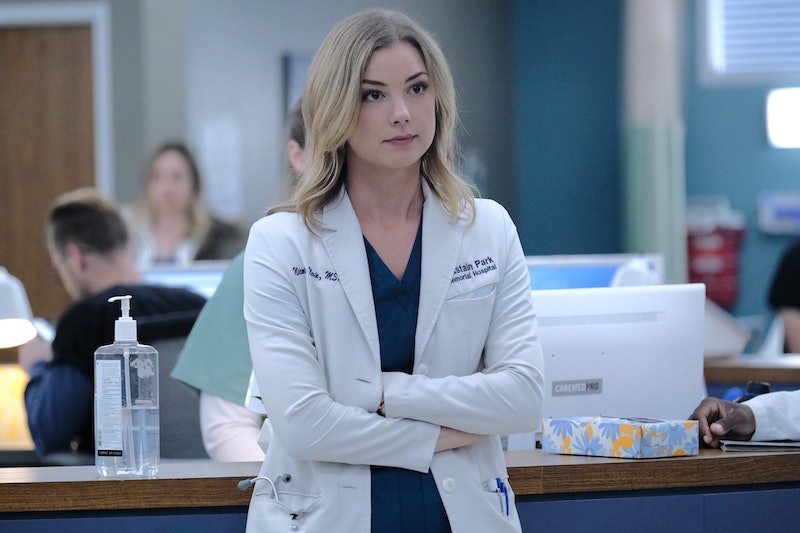 The Resident Season 3 finale is airing on April 7 — but it's not where the show planned to end things. Amid the ongoing coronavirus pandemic, production for the remaining three episodes was first halted and then canceled altogether, forcing the season to end early. Which means that if The Resident returns for Season 4, it will have a loose ends to tie up.

So far, the show hasn't been renewed, which breaks the pattern of previous seasons: both its Season 2 and Season 3 renewals were announced before the current season had finished airing. This may be cause for concern, considering that viewership for The Resident has dropped 21% since Season 2, according to TV Series Finale. However, The Resident is Fox's fourth most-watched scripted show, so it still has a solid fanbase. At the very least, it should return to wrap its remaining unaired episodes. When that might be is what's unclear.

The last two seasons of The Resident both premiered in the fall, which would put a possible Season 4 on track for late September 2020. But that's only if they're allowed to resume filming this summer. The Resident's co-creator, Amy Holden Jones, told the Los Angeles Times that they usually shoot in July, but no one has any idea about what the U.S. will look like then. "Going back on set is complicated," she said. "It's an enclosed space; people come and go ... I don't get to make that call; Disney will make that call, they own the show."

Jones suggested that they could put precautions in place to make the set a safer space, like take people's temperatures before coming on set and banning open communal food, but that she'd want to make sure the cast and crew even feels comfortable returning in July first. In the meantime, she's still been hard to work doing remote calls and video meetings to talk ideas with her writing and production staff. So if The Resident does get picked up for a fourth season, they should at least be ready to dive straight into production whenever it's safe to do so.