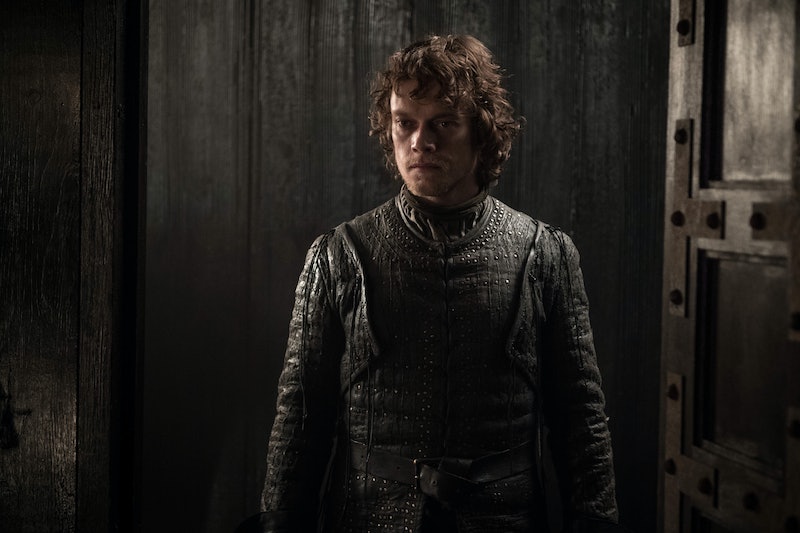 Things haven't really gone well for any Game of Thrones character, but Theon Greyjoy is definitely a frontrunner in the race for who has the least amount of fun in Westeros. Sure, he betrayed his adoptive family and killed a bunch of people, but no one deserves to get Reek'd. However, he's come a long way from his days of sacking Winterfell, and he's heroically stepped up to defend Lady Sansa in the fight against the White Walkers and the Night King. But that act of bravery and nobility might really mean that Theon will die in the Battle of Winterfell.

There's also a chance that he won't die, but Theon is particularly primed for death compared to many of his brethren at Winterfell. The episode "A Knight Of The Seven Kingdoms," which detailed the long night before the Battle of Winterfell featured characters fulfilling their life goals, such as Brienne finally being knighted, or striving to redeem themselves, such as Jaime fighting alongside the Starks he used to fight against. Similarly, Theon was welcomed into Winterfell to fight alongside the family that he had betrayed in Season 2 of Game of Thrones, bringing him close to redemption for the horrible violence he committed within the walls of Winterfell and proving himself to be a changed man after his experiences with Ramsey Bolton and Euron Greyjoy.

Unfortunately for all the Theon-heads out there, Game of Thrones seems to have brought Theon full-circle, story-wise, meaning he is ripe for death as there's not much story left to tell with the ward of Winterfell.

There's no spoken rule that says that a character must die after their storyline is satisfied, but it's a tried-and-true pattern in sci-fi and fantasy television that if a character's story reaches a natural conclusion then they are likely no longer long for the world of the show. Popular genre shows like Lost, Buffy The Vampire Slayer, and The Magicians all feature notable examples of characters finding some kind of peace or happiness before getting killed off, and it appears that GoT is preparing to do the same thing with Theon. Game of Thrones often subverts fantasy narratives by denying people heroic deaths, but the show might have just had a change of heart for the show's last season.

While Theon is primed for a heroic death, there's also a chance that the writers of GoT will pull a fast one on the audience and deny Theon the heroic redemption he so craves. After all, last time he was under attack from a large military force, he literally jumped ship and allowed his sister to get kidnapped. While it seems that Theon may have overcome his cowardice, he could learn that there are consequences to trying to pretend to be more powerful than one really is — including either his own death or the death of someone he swore to fight for. While there's a chance that Theon will make it out alive, the most obvious conclusion for his series-long story arc is for him to put his willingly give his life for the castle he once tried to conquer.