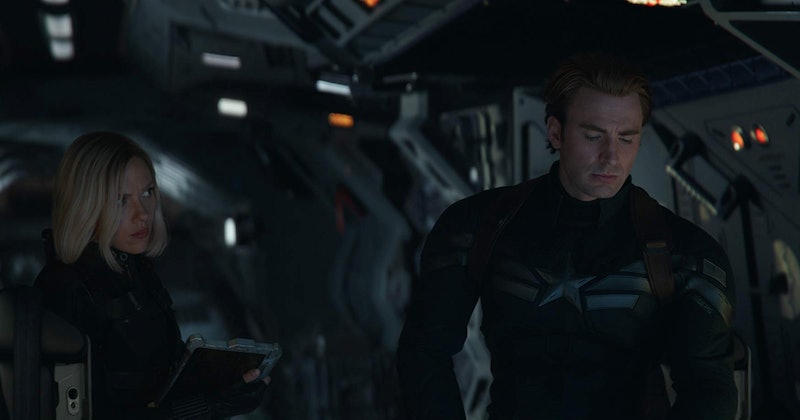 Marvel fans have spent the past decade following the adventures of the Avengers onscreen, and while Avengers: Endgame is one of the most awaited films of the year, we're not ready to say goodbye to the characters we've loved for so long. The movie is set to close the book on many of the OG Avengers, as key Marvel actors’ contracts are reportedly expiring, per Screen Rant. However, there are a lot of characters in this universe that are no doubt sticking around, and the MCU itself is forging ahead. And that probably means that there will be another Avengers movie, even if it takes some time to get there.

Endgame marks the fourth movie in the Avengers branch of the MCU, following 2012's The Avengers, 2015's Avengers: The Age of Ultron, and 2018's Avengers: Infinity War. It seems as though Endgame will pick up right where Infinity War left off. Tony Stark is stuck in space with no food or water, sending a message to his love Pepper Potts. Captain America, Thor, Black Widow, the Hulk, Hawkeye, and new addition Captain Marvel are preparing to face Thanos. Half of their team and half of the universe has been wiped out by Thanos. While fans can bet that the Snap will be undone, the fates of the original Avengers in particular are worth worrying about.

Endgame culminates Phase 3 of the MCU, and then this year, we’ll get the beginning of Phase 4. As reported by TIME, only a fraction of the upcoming MCU movies are confirmed titles, including Spider-Man: Far From Home, Black Widow, The Eternals, Black Panther 2, Doctor Strange 2, and Guardians of the Galaxy Vol. 3. And amongst those already in the works is comic book hero Shang-Chi’s standalone flick. His name might not sound familiar to MCU fans because Shang-Chi hasn’t been introduced yet in the movies, but he’s an Avenger who is a master of kung fu, making his debut in 1973 in Special Marvel Edition #15.

Deadline reported in March that Short Term 12 writer-director Destin Daniel Cretton is set to direct the movie, and David Callaham will write it. No word yet on when production and casting will start, though.

Ms. Marvel is another Avenger from the comics who's likely going to make the jump to movies. Marvel’s first Muslim superhero first appeared in 2014 and quickly became a fan favorite. Marvel Studios head Kevin Feige has taken note of fans’ requests bring her to the MCU. “Captain Marvel’s shooting right now with Brie Larson,” he said to BBC back in 2018, according to i09. “Ms. Marvel, which is another character in the comic books, the Muslim hero who is inspired by Captain Marvel, is definitely sort of in the works. We have plans for that once we’ve introduced Captain Marvel to the world.”

With two brand new Avengers being introduced soon, and the recent addition of Captain Marvel and Black Panther, there’s a huge possibility that there will be other Avengers team up movie down the line. Until then, it's a given that you'll be seeing MCU characters popping up in each other's standalone films, so the team, in one way or another, stays alive.