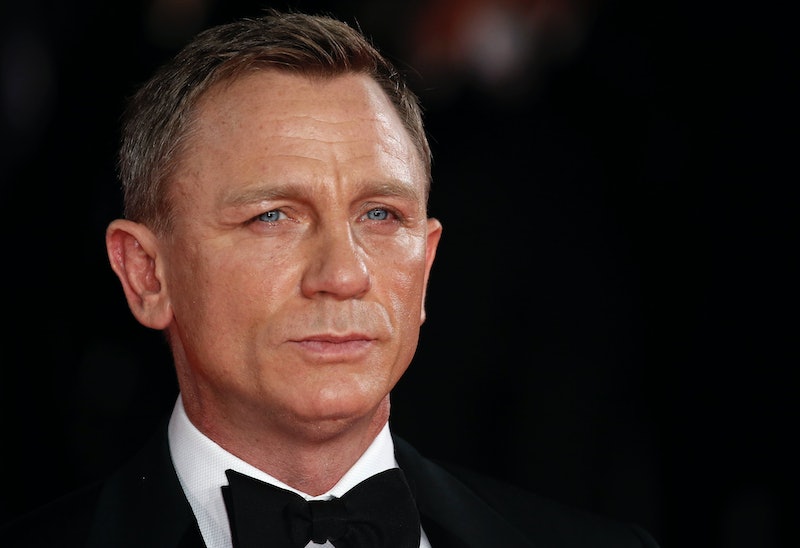 With Jodie Whittaker about to make her full-length debut as Doctor Who's first female Doctor, it's little wonder talk is turning to other iconic roles that could be played by women. So will there ever be a female James Bond? Unfortunately, the future looks bleak for aspirant female 007s: executive producer Barbara Broccoli told the Guardian that Bond will "probably" remain a male character. That means no Gillian Anderson, one actor who's expressed an interest in the role, in an obscenely expensive tuxedo; no Emilia Clarke, another hopeful, meticulously ordering a martini. Can you hear the mournful keening of sci-fi and fantasy fans across the globe?

Broccoli also stressed that the James Bond series has evolved past its former retrograde depictions of women. "It was written in the '50s, so there’s certain things in [Bond’s] DNA that are probably not gonna change," she told the newspaper. "But look at the way the world has changed. And I think Bond has come through and transformed with the times. I’ve tried to do my part, and I think particularly with the Daniel [Craig] films, they’ve become much more current in terms of the way women are viewed."

So Bond might be becoming more progressive (or as progressive as a series with a mandatory "Bond girl" role can be), but it'll always be a male-led franchise, according to Broccoli. Who does that cut out of the running? Perhaps most prominently, Broccoli's declaration rules out The X-Files' Gillian Anderson, who tweeted a fan-made poster of herself in the role back in 2016. "It's Bond. Jane Bond," she captioned the image, adding the hashtag "#NextBond."

The Mother of Dragons herself, Emilia Clarke, also expressed interest in playing a female Bond. She told the Daily Star, "I would love to play Jane Bond. My ultimate leading man would be Leonardo DiCaprio. No doubt about it." Clarke told the paper that she has "a lot of unrealised dreams" — and it looks like this one's staying unrealised.

One thing's for certain: the role will soon need filling. Incumbent 007 Daniel Craig revealed in August 2017, on The Late Show with Stephen Colbert, that his next Bond film will be his last. "I think this is it. I just want to go out on a high note," he told Colbert.

And despite posting a teasing hint on Twitter earlier this year, favourite Idris Elba subsequently dashed hopes that he'd be taking up the role. As the Independent reports, Good Morning Britain reporter Divya Kohli asked Elba about the rumours at the premiere of Yardie, his first feature film as a director. His response? "No."

So, to sum up: Idris Elba's out, Gillian Anderson's out, and Daenerys Targaryen's out as Bond. Let's hope Barbara Broccoli's got someone pretty exceptional in line to play the role.