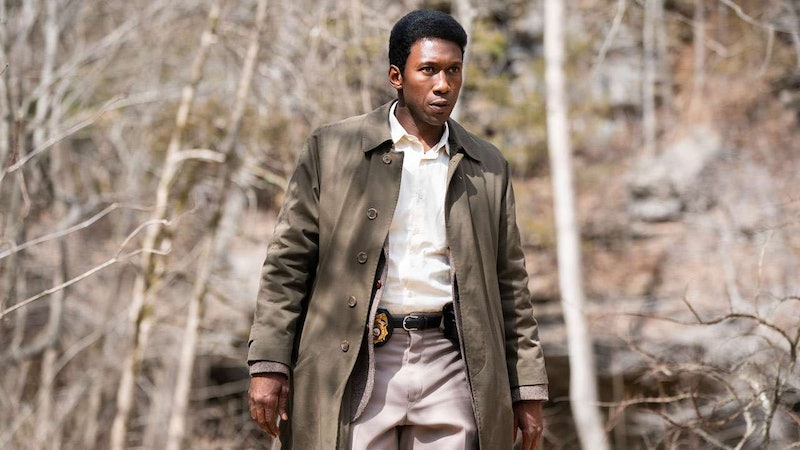 The third season of U.S. crime series True Detective made it's long-awaited return this month, and this time the story follows partner detectives, Wayne Hays and Roland West, as they investigate a case involving two missing children. Earlier in January, the first episode of the new series premiered on the American television network HBO, and aired one day later in the UK, But will True Detective be on Netflix UK?

The third season of True Detective is currently not available on Netflix UK. I've reached out to the streaming platform to find out if it will be in the near future and will update with any information once it becomes available. Although, it is unlikely as HBO/Sky series rarely end up on Netflix, tending to go to Now TV (a Sky company) instead.

UK fans of the hit HBO series should not despair, because you can enjoy the U.S. crime anthology on Sky Atlantic (Sky channel 108) every Monday at 9 p.m. It is also available to steam on Now TV, alongside the two previous series. The current season is set over three overlapping time periods in 1980, 1990 and 2015, and stars the Oscar-winning Moonlight star Mahershala Ali, alongside The Power of One star Stephen Dorff as the show's lead detectives.

Other cast members of the third season include Carmen Ejogo as schoolteacher Amelia Reardon, whilst Mamie Gummer and Scoot McNairy play the mother and father of the missing children, Lucy Purcell and Henry Hays, respectively.

An official synopsis of the third series released before it's TV debut, reveals "The next instalment of True Detective tells the story of a macabre crime in the heart of the Ozarks, and a mystery that deepens over decades and plays out in three separate time periods."

According to HBO, the latest outing of the popular franchise will consist of eight episodes, each of which were penned by Nic Pizzolatto — who also directed the series. Pizzolatto co-directed the series alongside Jeremy Saulnier, who is known for his previous work on Blue Ruin and Green Room. When speaking about the main cast of the new season, show-creator Pizzolatto said "I'm tremendously thrilled to be working with artists at the level of Mahershala and Jeremy. I hope the material can do justice to their talents, and we're all very excited to tell this story," reports Digital Spy.

The second series, which aired back in 2015, received a string of negative feedback from viewers and critics alike, unlike the first series which was a huge success. However, the new season appears to have revitalised the franchise, as the 2019 series has already been hailed by critics as a triumphant return to form. The third outing of True Detective currently enjoys an impressive 84 percent approval rating on Rotten Tomatoes. The critics consensus on the site reads: "Driven by Mahershala Ali's mesmerizing performance, True Detective's third season finds fresh perspective by exploring real world events — though it loses some of the series' intriguing strangeness along the way." And one review from MSN, penned by Ani Bundel, praised the show's perceived improved quality. The review states "Fans who have stuck around will be pleased to find that True Detective season three mostly returns to form."

I can't wait to get watching.

True Detective airs on Mondays at 9 p.m. on Sky Atlantic.

More like this
Stanley Tucci Is Next Level In The BBC's 'Inside Man' Trailer
By Sam Ramsden and Sophie McEvoy
After The Bling Ring, Nick Prugo Was Embroiled In Another Scandal
By Arya Roshanian
We Still Have A Few Unanswered Questions At The End Of 'The Suspect'
By Sophie McEvoy
'Line Of Duty' Fans Might Recognise These 'Bloodlands' S2 Filming Locations
By Sophie McEvoy
Get The Very Best Of Bustle/UK