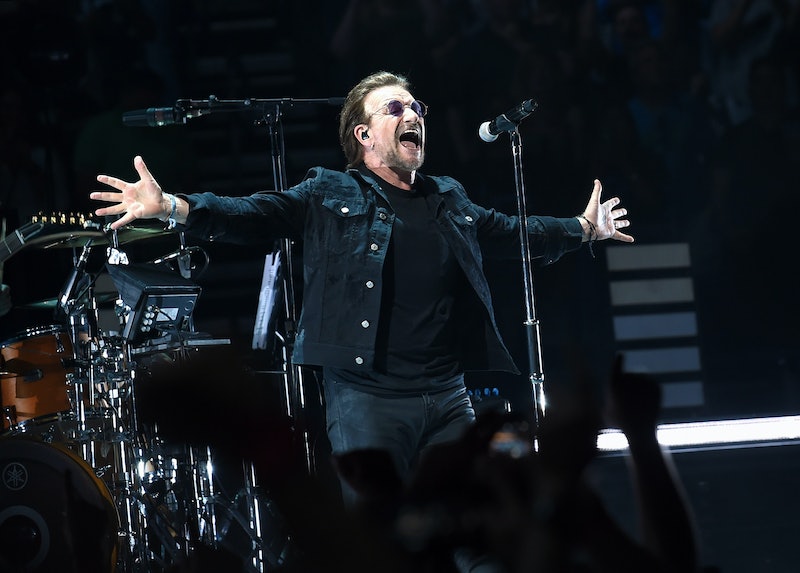 U2 are one of the biggest and most successful bands in history. Love them or hate them, they have captured the world with countless hits over the year. And if their music doesn't make you go "wow" then the fact that their line up has remained the same all those years age probably will. With a loyal and ever-increasing fanbase, U2's tours are not only unbelievably huge but also unbelievably difficult to get tickets to. The question is, though, will U2 tour the UK in 2019?

I reached out to the band's reps for comment on this, and I'll keep you updated. However, according to their website, nothing has been announced yet. And, TBH, every time they do a tour, fans get a little concerned it may well be their last. Even rock stars have to retire at some point, right? Adding fuel to this speculation, front man Bono dropped a hint at the end of their last tour. Speaking at their Berlin concert, he made it seem like it might be bye bye from the Dublin boys:

"We've been on the road for quite some time, just going on 40 years, and this last 4 years have been really something very special for us. We're going away now..."

The quote came from Twitter account @U2gigs which follows all of the band's tours and concerts. Although nothing else has been said by the band to indicate their touring life is over, they have had a pretty mad few years on the road, including their eXPERIENCE + iNNOCENCE tour in 2018, which saw them travel to 60 different locations around Europe and North America, and earned the band a staggering €113 million (roughly £96 million), according to the Irish Times.

Dublin natives U2 have been together for more than 40 years. The band was founded back when the boys were in school and decided to get a group together. Well actually, more like Larry Mullen (the drummer) put a sign up saying "drummer seek musicians," according to the Irish Times. Talk about a sign that changed their lives. So, thanks to that signs, Mullen, Bono, The Edge, and Adam Clayton all got the chance to become literal superstars.

Since the band began, they have not only been interested in being super successful but also keen to give back to those in need around the world. Speaking to Rolling Stone back in 2017, Bono explained why being an activist has become such an important part of his life. The singer said:

"I'm less unsure about taking political risks or social risks. When I became an activist, people were like, 'Really?' But they eventually accepted that. Then I started to be interested in commerce and the machinery of what got people out of poverty and into prosperity. And then a few people said, 'You can’t really go there, can you?'. I said, 'But if you are an artist, you must go there.'"

U2's charitable acts include huge international events like Live Aid and events at home like busking on Dublin's Grafton Street in aid of Dublin's homeless.

The band's strength in the last few years has been tested as its members faced multiple health issues.

Although no tour has been announced, the band remains united, and I would confidently say watch this space.