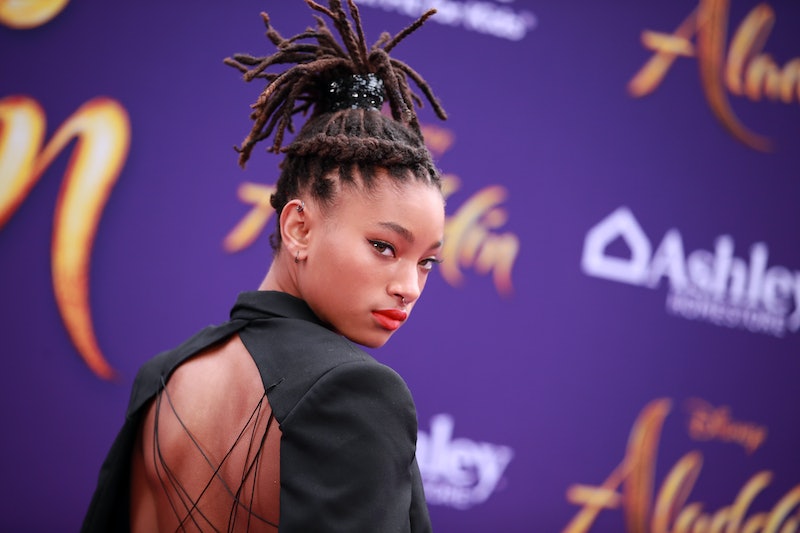 Intentionally injuring your body, also called self-harm, is an issue that many people face. Without adequate support, people who self-harm may continue to do so in secret, while attempting to manage the difficult emotions that self-harm often masks. Singer and songwriter Willow Smith recently told People about why she stopped self-harming during a period of intense personal challenge.

Feelings of shame, anger, depression, and isolation may lie at the root of self-harming behaviors, according to the Mayo Clinic. And if you self-harm, you might not know where to turn to get the help that you need and deserve.

When her pop single, “Whip My Hair” became a hit in 2010, Smith told People that the sudden fame she experienced felt overwhelming. “I was super young, and I had a dream, but all I really wanted to do was sing, and I didn’t equate that with all the business and the stress that ended up coming with it … I was just like, ‘Whoa, this is not the life that I want’.” By the time the star entered her teen years, the pressures of early fame had taken a psychological toll. Smith told People that self-injury, or cutting, was a way to release years of pent-up emotional turmoil. Self-harm became “a physical release of all the intangible pain that’s happening in your heart and in your mind,” she said.

Smith told the magazine that healing began for her when she started studying science and spiritual texts. By reframing her sense of self-worth in a more life-affirming way, Smith said she was able to stop self-harming. “I was like, ‘This is pointless — my body is a temple,’ and I completely stopped. It seemed literally psychotic after a certain point because I had learned to see myself as worthy.”

Non-suicidal self-harm can take the form of deliberately cutting, burning, or otherwise injuring your own body, The Mayo Clinic writes. While self-harm may temporarily provide feelings of release from painful emotions, this relief is short-lived, and is usually followed by the resurgence of emotional distress. Untreated self-harm can also lead to increasingly serious physical injuries, and in some cases may turn fatal, the Mayo Clinic says.

While Smith may have been able to stop self-harming on her own, most people who self-injure require significant amounts of support in order to heal, the National Alliance on Mental Illness (NAMI) says. Addressing both the behavior itself, and the underlying emotional distress or traumas contributing to it, may require treatment over time to fully resolve. NAMI says that while self-harm is not a mental illness in and of itself, it can occur as a symptom of extreme emotional pain. Post traumatic stress disorder (PTSD), depression, and borderline personality disorder are conditions often associated with self-harm. Additionally, someone who self-harms might not have a mental illness, but may simply need emotional support and coping skills that they currently lack. Cognitive behavioral therapy, support groups, and the support of friends and family can all help with stopping self-harm.

If you’re concerned that someone you care about may be self-harming, check in with them. Feelings of shame or social isolation might be keeping them from seeking the help that they need. And if you’re engaging in self-harming behaviors, reach out. Help is available to you. Talk to a trusted doctor, friend, or family member, or use free resources like the Self-Harm Crisis Text Line when you feel the urge to self-injure. Self-harm is an issue that many people grapple with at some point in their lives, and with adequate support and care, recovery is absolutely possible.