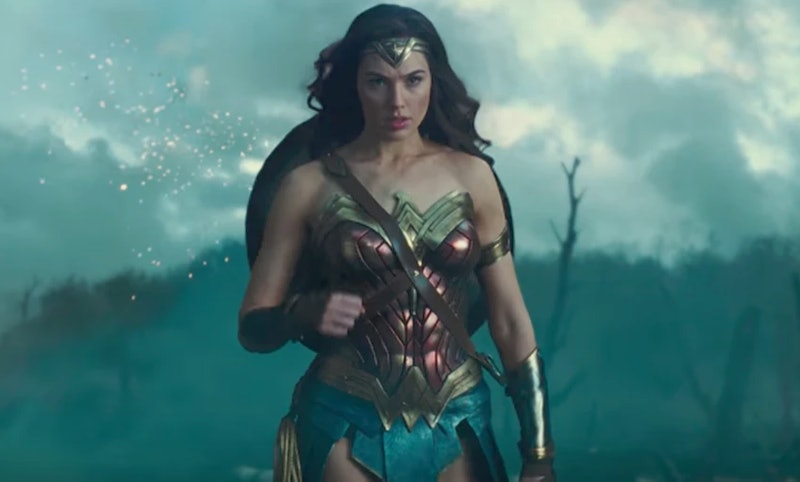 We're all eager to get our hands on some tickets to the highly anticipated DC film, Wonder Woman. Fans have all seen her comics and now consider her to be a legendary hero in the DC cinematic universe, and everyone's curious about Wonder Woman's past and what's shaped her on her journey. To understand her origins, though, we first have to look closely at how Wonder Woman's Greek mythology is shaped by her father, Zeus.

Wonder Woman was born in Themyscira, a mystical place with a sisterhood of Amazonian women. There, she was initially known as Princess Diana of Themyscira, and was told she was made from clay, brought to life by the Greek gods, who also gave her superhuman strength and speed, according to Screen Rant. Her strength came from the Goddess of Earth and her speed came from Hermes who was the God of Messengers. ComicBook.com notes that in the film, viewers will see why and how the Amazons were created by Aphrodite, and what sparks their mission to fight against Ares to instill peace in the world.

According to ComicBook, Ares enslaved Amazons but also killed Diana's father, Zeus, which is why Diana's training to become Wonder Woman to get revenge on Ares is so critical in the film. Wonder Woman's unique gifts of strength and speed make her a force to be reckoned with in the film. In an interview with ComicBook, the movie's director, Patty Jenkins, explained definitively that Wonder Woman has what it takes to defeat the godly enemy, saying:

"She is the weapon that can kill Ares, not the sword. She doesn't know her destiny, but there's a growing warrior spirit inside of her."

We only get a taste of just what Wonder Woman is truly capable of in the movie's trailer, and watching her morph into a powerful hero in the film due to her god-like powers and rich origins will be an on-screen event unlike any other we've seen.