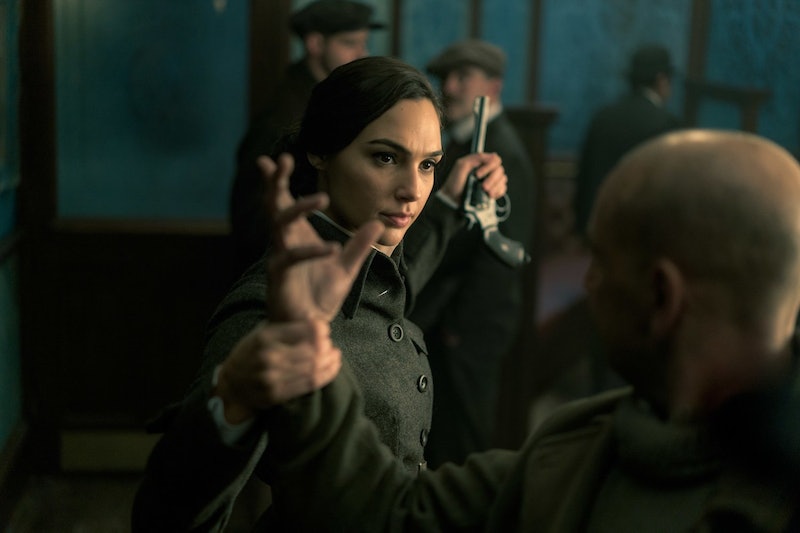 Wonder Woman is finally leading her own film after over 75 years of being restrained to the pages of DC comic books, and it's about time. The world's most famous and important female superhero is bringing all her familiar accouterments along with her, such as her lasso of truth, her bulletproof bracelets, and her American flag motif costume (minus the stars on her skirt). But when Wonder Woman opens her mouth and speaks in the film, she doesn't exactly sound like she's from the heartland. So why does Wonder Woman have an accent? Isn't she supposed to be as American as apple pie?

Well, no, she's not. Wonder Woman comes from the island of Themyscira, the home of the Amazons in Greek mythology. As such, it stands to reason that she should have a Themysciran accent, which should sound similar to Classic Greek. Gal Gadot, who portrays Wonder Woman, is from Israel and has a fairly thick Israeli accent in her natural speaking voice. However, it's not the same accent that's used in the movie, meaning there was a conscious effort to give Wonder Woman a Themysciran accent. Further evidence of this exists with the other Themyscirans in the movie who use the same accent, such as Robin Wright's Antiope.

You also may notice that Wonder Woman's accent is decidedly thicker in the new film compared to the first time fans saw her on screen in last year's Batman v Superman, and it turns out that's by design, too. In Wonder Woman, which takes place in 1914, the character ventures to the outside world for the first time, so she naturally bears the thick accent of her homeland. BvS takes place in 2016, meaning Wonder Woman has been living outside of Themyscira for over a century, and her accent has softened accordingly in that time. Here's how Gadot described that process to Cinema Blend's Eric Eisenberg:

"Her accent in this one, in Wonder Woman, is more Themysciran. She still has some of the Themysciran accent in BvS, but she knows hundreds of languages, starting here, starting in Themyscira — well-educated to speak every language that we can think of. And in [Wonder Woman], she has a heavier accent. In BvS it's lighter, but it's still there. She's still foreign, She's still from a different place."

So the reason Wonder Woman has an accent is because she doesn't come from America. She's an immigrant from the island of Themyscira, and therefore maintains the dialect of her homeland. That doesn't mean she can't rock a sweet American flag costume, though.