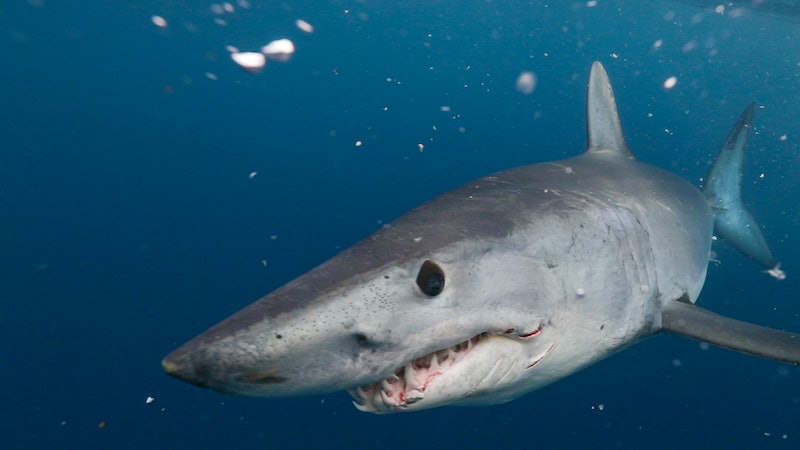 It's the most wonderful time of the year. No, not Christmas. It's Shark Week! Beginning July 28 through Aug. 3, Discovery is bringing all new content to your TVs or laptops or smartphones... or wherever else people watch TV these days. It's actually easier than ever to stream Shark Week 2019 online for free. There are five different ways to do it.

If you have a cable login (or if you can borrow someone's) you can stream everything live through the Discovery channel app Discovery Go or on the Discovery Go website. But if you cut the cable cord ages ago, there are still free ways to get in on all the shark action.

Philo, FuboTV, and Hulu all offer seven day free trials of their live streaming services. That's just enough time to catch all the Shark Week content there is to be had, which is a lot. The network created over 20 hours of new specials for this year. Hulu's live TV free trial is especially exciting, because it offers a DVR function that allows you to record shows for later. That way, if you can't actually park yourself in front of the TV for seven straight days or over 20 hours, you can record your fave specials to watch another time. (Just make sure you watch them within your free trial week or you'll have to pay for a month of the service which costs around $50.)

YouTube TV also offers a free trial that includes Shark Week. But it's only for five days, so you'd have to think carefully about whether you'd rather miss the beginning or the end of the week. Check out the full Shark Week 2019 schedule here to make your decision.

If you don't mind shelling out money, you can also buy the 2019 episodes on Amazon Video after they've aired on the Discovery channel. Based on the prices of previous seasons, they should run about $2.99 per HD-quality episode. (They're $1.99 if you don't mind watching in SD.) It's not the same as watching live, but it's at least a way to catch up next day. That way, you won't be out of the loop all week.

Also, if you do happen to miss anything throughout the week, and you don't have the Hulu DVR function or a desire to purchase the missed episode on Amazon, Discovery is replaying some of the 2019 episodes on Sunday, Aug. 4 as a way to close out Shark Week. Anything that was super unmissable will likely be featured as part of that encore presentation.

However you decide to watch this year, it's going to be pretty fintastic. There are new episodes of Shark Week classics like Air Jaws, Isle of Jaws, and Sharks Gone Wild, as well as plenty of brand new specials. For the first time ever, Shark Week also has a scripted full-length movie jam-packed with A-list movie stars like Josh Duhamel from Safe Haven and Tyler Blackburn from Pretty Little Liars. It's called Capsized: Blood in the Water, and it's based on a true shark attack story.

So don't go fishing for other things to do this week. Stream Shark Week online, and you'll have a whale (shark) of a time.