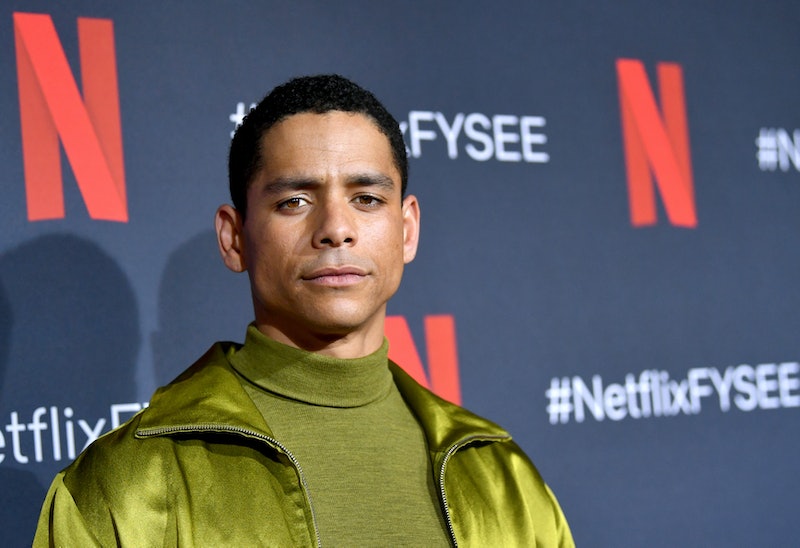 It feels like it's been forever since the first season of You debuted first on Lifetime, and then on Netflix at the end of last year. Since then, fans have been patiently awaiting the second season. And, while we still don't know when new episodes will drop, You Season 2 actor Charlie Barnett just revealed some details about what fans can expect in the show's second installment. Speaking to TV Guide, the actor teased that there'd definitely be a few "extreme turns" — even for fans of the original books.

"It's gonna be a really exciting season," Barnett told TV Guide in an interview published on Sept. 29. "Also while they're following close to the book [Caroline Kepnes' You and its sequel, Hidden Bodies], there are some extreme turns that are so beautifully laid in," he teased. "As an audience member, I'm really excited to see those episodes play out."

Barnett also praised his fellow actors, Victoria Pedretti, who will star in Season 2 as Love Quinn, and Penn Badgley, who will reprise his role as stalker/lonely boy Joe Goldberg. "Victoria is an unbelievable actress. Penn is an unbelievable actor. And I think the writers and just that production team and crew picked it all up 100 percent," he added.

Barnett — who fans might recognize from Netflix's Russian Doll — was confirmed as a part of You's second season cast back in March of this year. According to Deadline, the actor will star as Gabe, the "oldest friend and closest confidant" of Love, Joe's new crush. "[Gabe is] a successful acupuncturist and psychedelics aficionado living L.A. life to the fullest," the outlet added.

Of course, Barnett didn't drop any hints about whether or not fans' predictions about Gabe will prove to be true. He did, however, go on to add that Season 2 of You will "have more of a True Detective quality," and that fans will "see a little more of the crime and punishment end of it just from our character outlets, from the people who are being added to the story."

Fans certainly have a lot to look forward to in the second season of You. Barnett's character sounds like he'll undoubtedly be an interesting addition, but if the first season taught us anything, you probably shouldn't plan on getting too attached to Gabe just yet.

More like this
Netflix Reveals First Look At Wednesday In The 'Addams Family' Spinoff Series
By Bustle Editors
Who Plays Trent In 'Never Have I Ever'? Benjamin Norris Calls His Character A “Himbo Stoner”
By Grace Wehniainen and Radhika Menon
Reese Witherspoon Got Hooked On ‘Never Have I Ever’ After Son Deacon’s Debut
By Stephanie Topacio Long
Everything To Know About Netflix’s 'Never Have I Ever' Season 4
By Jack Irvin and Gabrielle Bondi
Get Even More From Bustle — Sign Up For The Newsletter