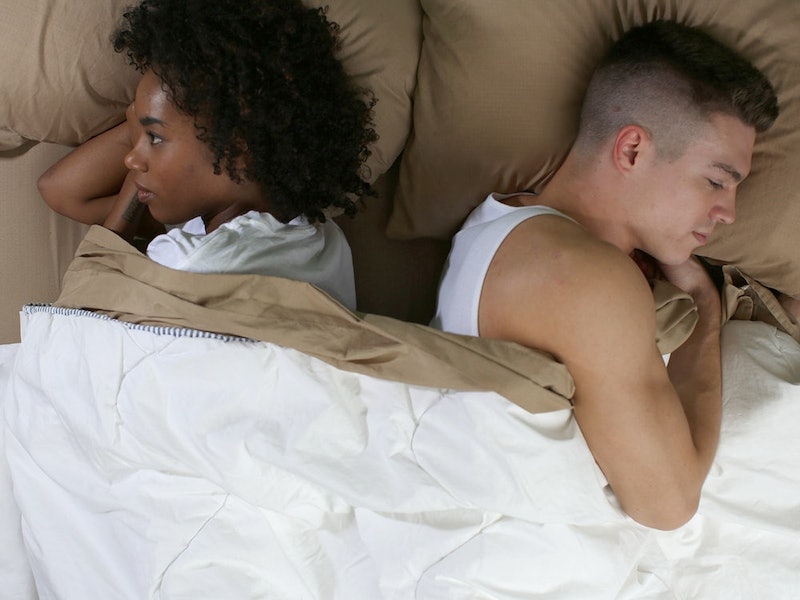 "We all have insecurities, but with romantic relationships those insecurities might be different than our general insecurities," astrologer Cindy Mckean tells Bustle. "Partnership is a two-way road, so there's likely to be insecurities about how what they give is perceived, as well as being insecure about a certain type of characteristic in a partner (i.e. what they receive)."

The problem with insecurity is it can really hold your relationship back from being the best it can be. When you're insecure in your relationship, you stop living in the present. When your partner is feeling insecure, it might be hard to feel close to them. Although your partner's zodiac sign may not be a definite indicator of what makes them feel unsure, using it as a guide may help you glean more insight into what they may be insecure about. Here are your partner's potential relationship insecurities, based on their zodiac sign.