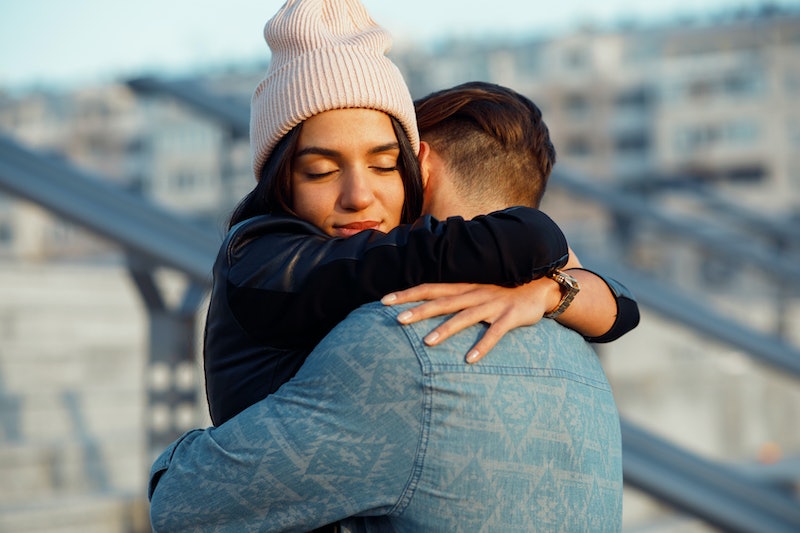 Is there really one person out there who's perfect for you? Tons of people really think so. According to a poll conducted by Monmouth University in February of 2017, two-thirds of American adults believe in soulmates — aka “The One.” Of those polled, 35 percent reported believing in this concept “a great deal,” while 31 percent reported believing in it “somewhat.” A 2011 Marist poll also found that 73 percent of Americans believe in soulmates — 74 percent of men and 71 percent of women — and 79 percent of people under 45 years of age believe in them, compared to 69 percent over 45 believing in the concept of there really only being one true love for everyone.

While the idea of "The One" or a soulmate is great, in theory, there’s no hard scientific evidence to back it up and, from a realistic perspective, believing that there is only one person for you in the whole world is rather limiting. Not to mention, with 7.4 billion people living on the planet, the odds are against you. Which, honestly, kinda throws a somewhat killjoy wrench in the whole thing. That being said, there are people in the world who are right for us far more than others are suited for us. And, yes, it’s these people we may often declare as "The One".

More like this
9 Signs You Might Be In A One-Sided Relationship
By Lea Rose Emery and Mackenzie Sylvester
How To Spot The Signs You’re Being Love Bombed
By Lea Rose Emery and Mackenzie Sylvester
Are Gemini & Leo Compatible In A Relationship?
By Kristine Fellizar
How To Get Over Someone, According To Experts
By Brittany Leitner
Get Even More From Bustle — Sign Up For The Newsletter