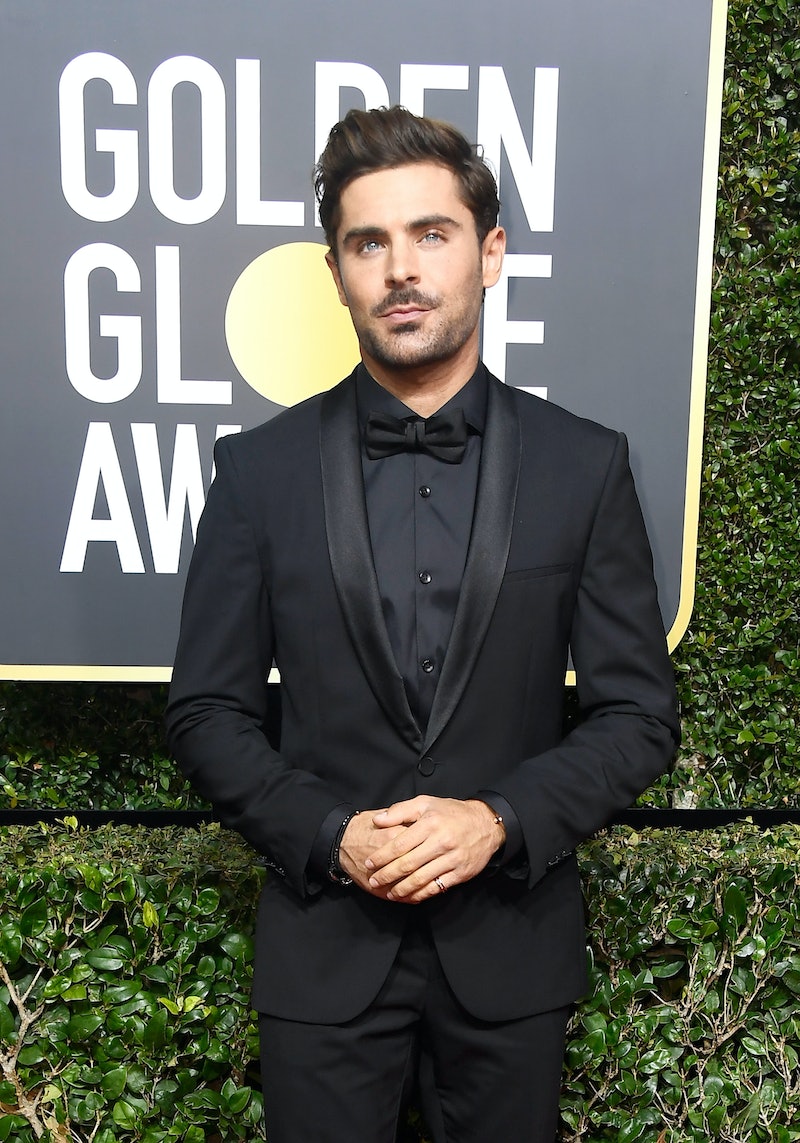 In the world of celebrity hair changes, it's not exactly a secret that women get most of the attention. That may be changing, though. Zac Efron's blond hair has hit the internet and his fans have some major feelings about the new 'do on The Greatest Showman star.

On Wednesday, Efron posted a photo to both his Instagram and Twitter showing him doing a bit of rock climbing. No big deal, right? Rock climbing is a hobby for tons of people. It wasn't Efron's actual activity though that caught attention. Under a beanie, fans could just make out a peek of platinum blond hair. It's not a chill, sandy blond kind of look, either. His hair is shockingly blond, and it's got some of his fans feeling a type of way.

Of course, they shouldn't be too shocked. Efron has been blond in the past. Back in 2016, Efron bleached the top of his hair blond and left his roots dark. The look was very California surfer. Then, there was the intense transformation his hair underwent for his role in The Beach Bum where he had the sides of his head shaved and mismatched hues of blond and black. It was a look to say the least. His hair for that film makes his new platinum locks look tame.

Could the new hair be for a movie or television role? Anything is possible, but according to Efron's IMBD, there's really nothing on his radar at the moment. The Beach Bum is completed, and he's got an upcoming project in pre-production named Blood Moon making it the only option for the reason behind the hair change. According to Deadline, the film is inspired by 80s and 90s films, so there is a chance that Efron could be embracing some 1980s hair for his role. However, there's been no word on who he'll play or whether it would require platinum blond hair.

Of course, Efron isn't the only male star to go platinum lately. In fact, a well-known brunette just took the plunge. At the Golden Globe Awards on Sunday night, The Mindy Project and Sharp Objects actor Chris Messina appeared on the red carpet sans dark hair. Instead, he debuted some serious platinum hair, and fans were not disappointed.

Like Messina's fans, those who love Zac Efron certainly had some feelings about the actor's new 'do.

This tweet may be in Spanish, but uh, that gif is definitely universal.

It seems as though some of his fans are loving the new platinum hair.

Others are maybe not so enchanted by the look.

Honestly, though, whether you're loving or hating Zac Efron's new blond hair, the truth is that he probably won't keep it for long. While a male star changing up his hair color is still somewhat of a rarity, Efron seems to do it more often than most, and it also seems to mostly depend on what he's film. If you want to catch blond Zac Efron, you better look at his social media now because blink, and it may be gone.