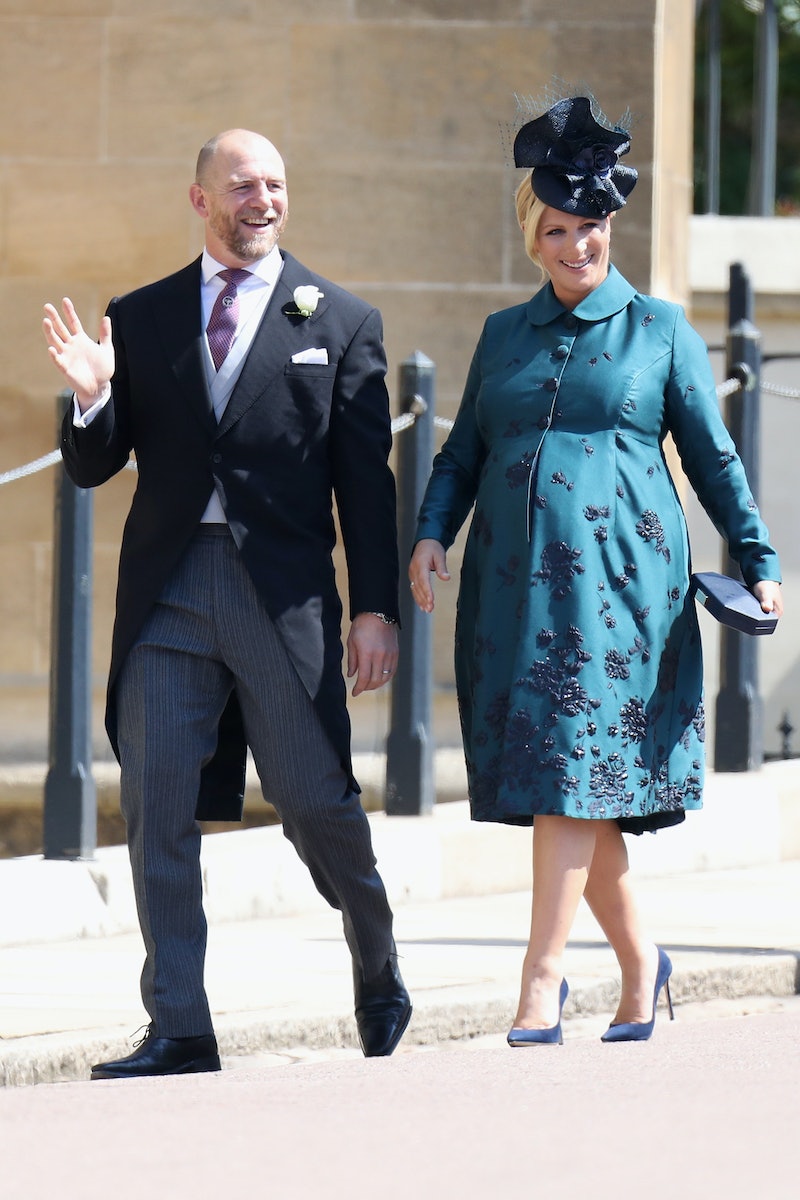 The good news keeps on coming for the British royal family. Zara Tindall welcomed her second child on June 18, as People reported. The Queen's granddaughter gave birth to a baby girl with her husband, Mike Tindall, by her side. Their child will join older sister, Mia, and multiple cousins in the growing royal family.

The happy news was confirmed by Buckingham Palace on June 19 in an official statement from the royal family. The note read, "Mrs Michael Tindall was safely delivered of a baby girl on 18th June, at Stroud Maternity Unit." It went on to say that the baby weighed 9 lbs, 3 oz. at the time of the delivery. However, their statement did not reveal a name for the couple's second daughter. For that, royal watchers will just have to wait, as they noted that the name will be revealed "in due time."

If you're looking forward to hearing what the name will be, you might want to stay tuned to the Twitter account of Tindall's husband. As Town & Country noted, he was the one to confirm that their daughter's name was Mia Grace Tindall in a tweet posted shortly after her birth in 2014. So, it's possible that he could reveal what his second child's name is on the social media account as well.

That welcoming news came about a year after it was reported that Tindall had, unfortunately, experienced a miscarriage in December 2016, per People. Their pregnancy was first announced in November 2016 by a spokesperson, who confirmed it to the publication. However, they released a statement shortly before Christmas concerning the sad news. But now, Zara and Mike get to celebrate some happy news with the arrival of their second daughter.

They're already parents to Mia, as previously mentioned. She was born in January 2014, which Buckingham Palace confirmed in an official statement on the royal family's website. It was confirmed, also by the royal family, that the Queen's granddaughter, the Princess Royal's daughter, was pregnant in July 2013 (following the news about Prince George's birth), per the BBC.

The birth of Tindall's second child marks the seventh great-grandchild for the Queen and her husband, Prince Philip. The monarch previously touched upon the impending additions to the royal family in her 2017 Christmas message. In her speech, Elizabeth mentioned that the entire royal family looked "forward to welcoming new members into it next year."

That was obviously in reference to some pretty major milestones that have already happened for the royal brood, in addition to the news about the birth of her now-youngest great-grandchild. Of course, her grandson Prince Harry married Meghan Markle on May 19. After their marriage, the former actor was an official member of the royal family as HRH the Duchess of Sussex.

As you might remember, there was also some more baby news for the family. On April 23, the Duke and Duchess of Cambridge welcomed their third child, a son named Prince Louis, per Kensington Palace. So, there's certainly been a lot of happy moments for the blue blooded crew as of late, with many more "new members" joining their ranks.

The Tindalls' baby girl is the latest to join the royal family's growing coterie. Now that this joyous news has been revealed, all the couple needs to do is let royal watchers in on their child's name, which could possibly, in the most 21st century of ways, come via Twitter.

More like this
Who Is Nick Cannon Dating & How Many Kids Does He Have?
By Jordyn Tilchen and Radhika Menon
A New Portrait Shows King Charles With William & Kate Before The Queen’s Funeral
By Stephanie Topacio Long
Holly Willoughby & Phillip Schofield #Queuegate Drama, Explained
By Sophie McEvoy
The Royal Family Shared An Unseen Photo Of The Queen Doing What She Loved Most
By Sophie McEvoy
Get Even More From Bustle — Sign Up For The Newsletter