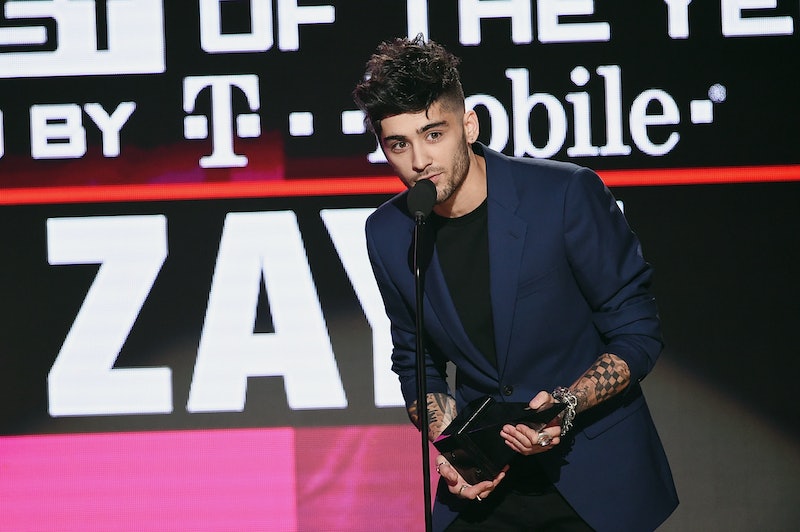 Is there a phrase more vague to describe when something will be released than "soon?" There might be, but regardless, the sting of not knowing is ever-so present since Zayn Malik announced the new single release date for his latest effort, "Still Got Time" would be coming "soon and I mean it." The former One Direction-er shared cover art for the collaboration with PartyNextDoor on Instagram the morning of Thursday, March 21. He then hopped over to Twitter an hour later where he shared a 10-second sample of the single. When fan account @ZoloZaynZquaad questioned, "but when does it drop," the artist simply responded, "soon and I mean it," with a laughing face emoji that really seems like it's personally mocking me and my lack of knowledge.

But what does "soon" mean, Mr. Malik? Soon to a fly would be five seconds and for a decade-old turtle would mean 20 years (I'm assuming). What does soon mean to the human, Malik, and his partner-in-jams PartyNextDoor? It could mean so many different things.

I'm not the only one losing it over Malik's teasing social media posts. The zquad have jumped to Twitter with an assortment of varying concerns about the release date of this single from Zayn's upcoming second solo album.

The album art features some very nice shades of orange. The title is nice. But what does it all mean, Zayn? Why drop this image now if the single weren't soon to come?

"Soon and I mean it." Right, you said that. But that doesn't answer my question of what "soon" means.

Yes. Thank you. The short clip does sound very fun — poppy and beachy and even a little video game-y. It's definitely going to be a hit for the purpose of dancing in the club (or alone-y on your own-y in your jimmy-jams), but it's no surprise that Malik and PartyNextDoor are dream collaborators. And this clip is just a portion of the soon-to-be iconic song, when do we get to hear the rest (ideally with Malik's soulful crooning and PartyNextDoor's inevitable flow)? I'm a millennial who is used to instant gratification, and I want it now.

Fans have been lashing out at the celeb, and he's reacting adorably in kind. When Zayniac thewinterzayn cried out, "NAH BRO I DONT TRUST YOUR SOON," he responded, "Don't be like that...I promise you."

Then, @iHeartRadio got into the game with a, "KING OF PROMISES," which seems to have given Malik the giggles.

It remains unclear when Malik's single will drop but least we've got a little sample to hold on too. Stay tuned, Zayn fans. Stay strong.