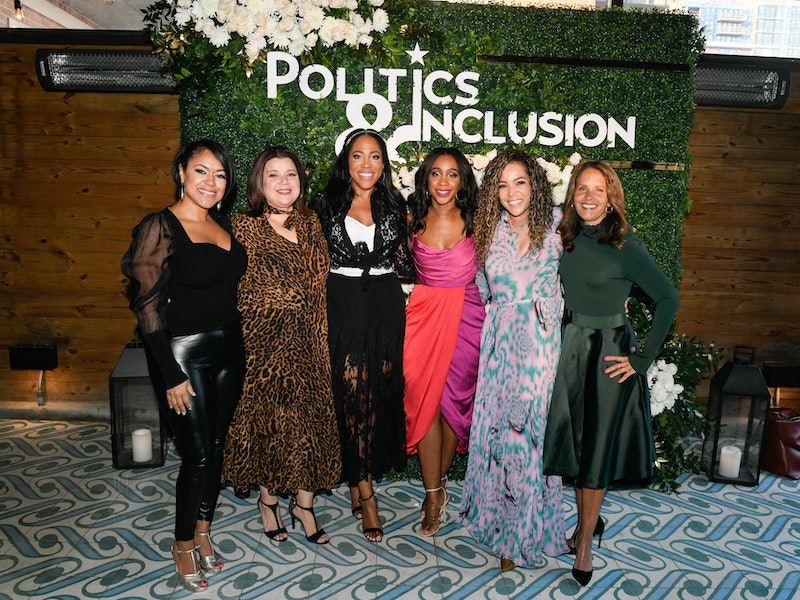 On the evening of Friday, April 29, CNN anchor Abby Phillip and ColorComm founder and CEO Lauren Wesley Wilson welcomed more than 50 journalists and media figures to a private dinner at the Washington, D.C., restaurant Masseria, a Michelin-starred Italian eatery by chef Nicholas Stefanelli.

The 7 p.m. event, called the Politics & Inclusion Dinner, aimed to acknowledge and toast newsroom diversity, and was scheduled on the eve of the 2022 White House Correspondents’ Dinner. “This event is an opportunity to push for greater inclusivity and diversity of coverage on behalf of communities that are often marginalized,” Phillip said in a statement. “But it’s also a chance to celebrate the progress that has already been made.”

In the last decade, newsrooms have calculated (and, in many cases, confronted) a dearth in diversity, particularly at the executive level. At the Associated Press, for example, 76% of their full-time U.S. news employees are white, and news management is 81% white. In a New York Times report from 2021, 34% of Times employees identified as people of color, up from 27% in 2015; in leadership roles, 74% identified as white, down from 83% in 2015.

CNN journalist Ana Navarro, who was on the host committee for Friday’s event, has seen more representative newsrooms in the last few years. “People of color in media and in journalism endured such attacks under Trump,” Navarro told People at the dinner. “I think there’s more women and people of color in Congress because of Trump — because I think there’s the feeling of rage and not feeling represented and feeling targeted attacks that led to people taking action. And I think the same is true for the media industry.”

The inaugural Politics & Inclusion dinner, one of many events throughout the weekend, lasted well past 10 p.m. and had a “vibrant” energy, according to The Hollywood Reporter.

More like this
Watch Jacinda Arden’s Devastatingly Honest Resignation Speech
By Sam Ramsden
At 28, Rosie Perez Risked Her Career To Stop Playing Stereotypes
By Gabrielle Bondi
Man Meets Politics: ‘Boy Meets World’ Star Ben Savage Is Running For Congress
By Jake Viswanath
What The UK Blocking Scotland’s Gender Recognition Bill Means
By Sam Ramsden
Get Even More From Bustle — Sign Up For The Newsletter
From hair trends to relationship advice, our daily newsletter has everything you need to sound like a person who’s on TikTok, even if you aren’t.