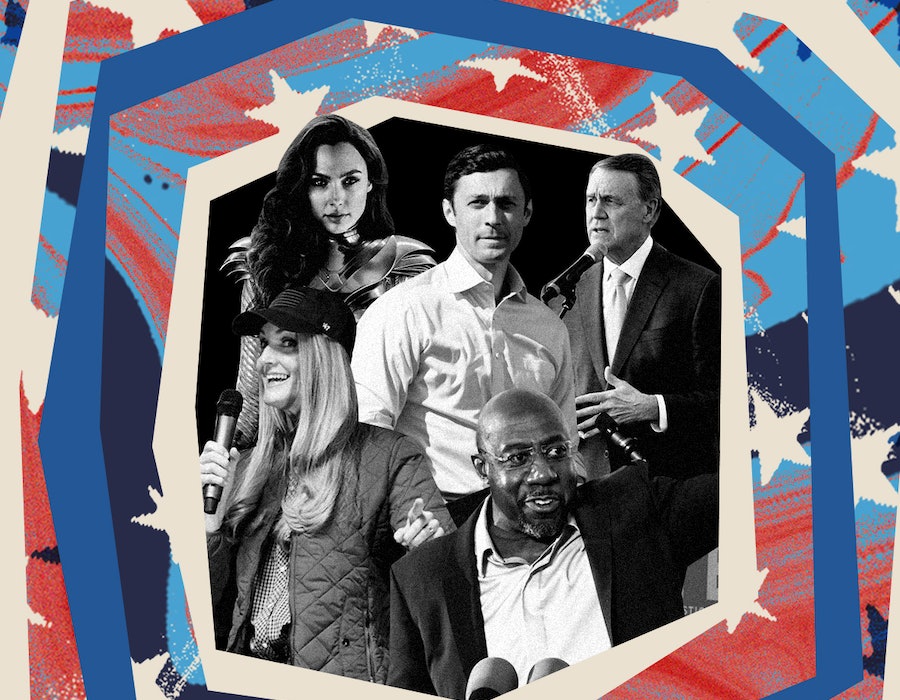 I watched Wonder Woman 1984 with a buddy over the long weekend. It begins with a kid Wonder Woman cheating to win an athletic competition. She’s a princess, literally, and feels entitled to win by any means necessary as her birthright. And she is hella surprised when her goddess auntie snatches her out of the arena before she can steal that victory from her country’s more seasoned — and, notably, mostly Black and brown — warriors, espousing some sage advice: “You cannot be the winner because you are not ready to win, and there is no shame in that. Only in knowing the truth in your heart and not accepting it. No true hero is born from lies.”

On Wednesday, Jan. 6, Congress assembles to formally count the votes of the Electoral College in President-elect Joe Biden’s favor, a victory won in no small measure thanks to the activism, litigation, and turnout of Black voters. Members of the GOP, including Donald Trump himself, seem flabbergasted that an age-old system designed to give the white elite a distinct advantage was overtaken in Republican stronghold states by youth and BIPOC organizers who defeated the system, playing by the rules. Eleven GOP senators issued a joint news release on Sen. Ted Cruz’s website stating their intentions to vote against the Electoral College on Wednesday, calling the election results “not lawfully certified,” citing irregularities and “allegations of voter fraud.” Thirty-nine percent of Americans believe "the election was rigged," their statement claims.

I’ll be honest, as a Black American, reading that statement I laughed in the way that makes you spit milk out your nose, the way I do at the Whiz! Bap! fights of '80s action heroes, because rigged elections have been one of the ways the white elite have preserved power for centuries. We can start with its adoption of three-fifths compromise using Black people to bolster the population eligible for legislative representation in slaveholding states and strengthen the power of those who enslaved them. We can then move to the 15th Amendment, which was ratified after the Civil War and gave Black men the right to vote but was blocked on the state level by lawmakers who imposed poll taxes, literacy tests, and grandfather clauses to keep Black voters disenfranchised. The abuses to that amendment were not fully addressed until the Voting Rights Act of 1965, which sought to overturn the legal barriers at the state and local level that prevented African Americans from voting. But the fight to maintain those rights has continued down to our day, with documented voter purging, intimidation, and suppression across the Georgia, Texas, Florida, and North Dakota political races of 2018.

On Jan. 3, a leaked recording of a call between President Trump and Georgia Secretary of State Brad Raffensperger confirmed Trump’s interest in returning to 2018’s yesteryear, with the president caught on tape urging the Republican official to “find” the 11,780 votes needed to call the vote in Trump’s favor. As desperate and unlawful as this move may be, this last-ditch vote grab was not without precedent. Severe voter suppression in the state of Georgia led to several 2018 lawsuits that divulged that Georgia GOP officials had been guilty of purging some 1.5 million people from state voter rolls since 2012. There’s very little difference between the persuasion tactics of WW84 bad guy Max Lord — a failed businessman who develops the superpower of granting capitalist fantasies — and the coercion present in Trump’s phone call. Comparatively, an '80s supervillain might say, what’s a few thousand between old friends?

I’m laughing now because claims in support of Trump’s stance that the election was stolen from him continue to prove baseless, and there is no reason to believe this cry of “fraud” from 11 GOP senators will do anything to the data that supports a Democratic win. As activist Brittany Packnett Cunningham told Bustle, “It was people who not only showed up but showed up in numbers that overwhelmed a system that was rigged against them. … The impossibility of that outcome has to be shouted from the rooftops.” So what is the auntie adage? Cheaters never win? I’m skeptically optimistic that we’re approaching an era in which The People, if not the government itself, will hold the White House accountable for playing by the rules.

But at the same time, “what has been happening in Georgia has been happening in states under Republican control across the country,” civil rights leader Jesse Jackson recently wrote. “Increasingly a minority party in a diverse and young nation, Republicans have been perfecting ways to gain power without capturing a majority of the votes.” Voter suppression still threatens to affect the runoff elections in Georgia, elections that decide whether or not Democrats gain control of the Senate, whether or not President-elect Biden will have the support to usher in the changes he has promised his constituents. There is no cheat code for the work that will have to be done, this month and onward, to combat the misinformation, nepotism, and entitlement that have kept advocates of an unfairly biased system in power. But there is no shame in admitting victory where it is merited — specifically, in this case, that of the young, low income, and BIPOC citizens who organized lawfully to have their votes recognized in a system stacked against them since its inception. Campy as it sounds, true heroes are born from fighting for truth.

More like this
Romance Authors Are Mobilizing For Reproductive Rights
By Natalia Perez-Gonzalez
Bimini, Tia Kofi & More React To Cherry Valentine’s Death
By Catharina Cheung
Black Women's Equal Pay Day Highlights An Upsetting Problem
By Brandi Neal
15% Pledge Director LaToya Williams-Belfort On The Impact Of Supporting Black Business
By Dominique Norman
Get Even More From Bustle — Sign Up For The Newsletter