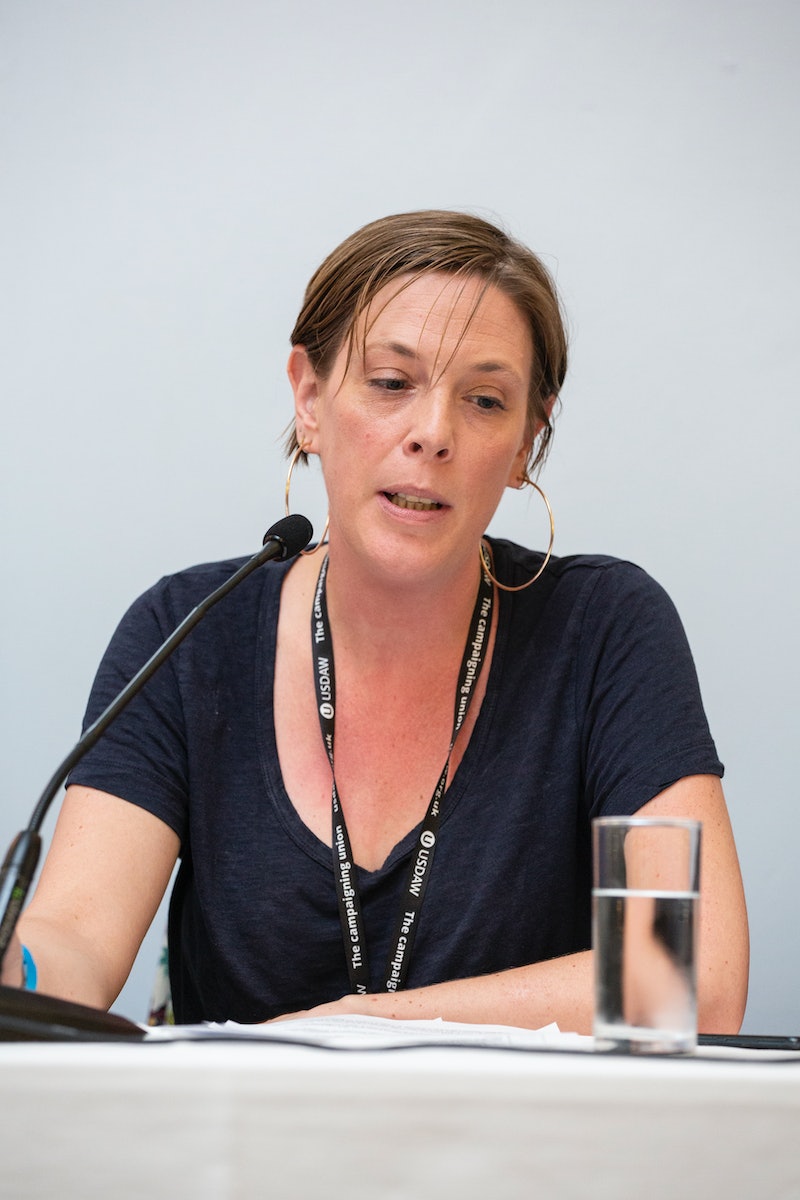 Over the past year, the tragic, high-profile deaths of women such as Sarah Everard and Sabina Nessa have caused outrage across the general public. Labour MP and shadow domestic violence minister Jess Phillips has criticised the government for its lack of action in tackling violence against women in a new interview with The Guardian.

“I do feel like for the first time in my life violence against women and girls is definitely going to have to be a political priority and [the government] cannot forget it,” she said.

“But even with all the cultural change, the conversations, the money apparently being thrown at it, I’m still left despairing with women who’ve got nothing from the system and it’s just failed them again and again. And are women safer now than they were at the start of the year? No, they’re not.”

Every year in Parliament, Phillips reads out a list of women who have been killed by men to emphasise the extent of the issue around the safety of women. Although she used to be sent the list of names, she says she “sees them all myself now; they’re being reported everywhere. And finally, it’s not just like: ‘Aren’t these individual cases bad?’ We have started as a public to see them in the round.”

In November, Home Secretary Priti Patel announced The Safety of Women at Night Fund, which will distribute £5 million to 22 women’s safety organisations across the country “to improve the safety of women in public spaces at night”. Alongside protests led by organisations including Sisters Uncut, plans to increase Night Tube services in London were also moved forward.

However, the Labour MP believes there are further structural issues the government should be addressing. “In England, there isn’t anywhere a single woman on an average wage could afford a private rental property. And we ask ourselves why women end up stuck,” she said.

In April 2021, Phillips saw her own harasser, white supremacist Tony Eckersley, jailed for over two years after relentlessly sending violent and misogynistic threats to her.

Reflecting on the past year, Phillips said, “I can’t believe that it’s still so bad, and it feels tiring. It feels tiring. And I have suffered more because of the raised profile, and the threat level against me has gone up as a result of me speaking out about it.

“Women are the ones passing on the stories to their daughters about what you have to do. There’s a dreadful baton-passing about what to expect in life.”

Phillips concluded, “Women are the ones who have to act differently, have to behave differently, we’re supposed to flag down the buses. Women in relationships are meant to risk assess and then if you are a victim of violence, that is like a full-time job to come forward about it. There is just so much where we are expected to fill the gaps left by a system that has failed.”