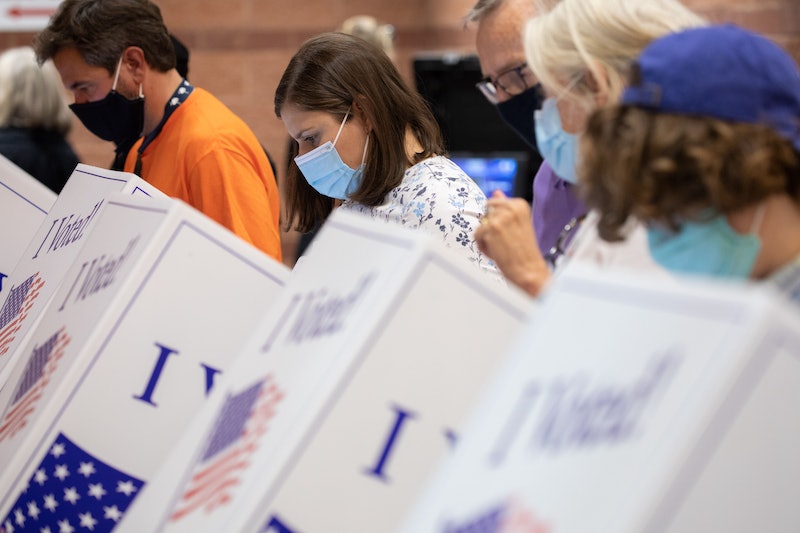 Even though Nov. 3 is still a couple weeks away, we’re in the midst of voting for the 2020 election, as more than 17 million people have already cast their ballots. And while many plan to vote by mail, an NPR/PBS NewsHour/Marist poll found that about half of all voters plan to vote in person for next month's election. If you fall into this category, there are things you should bring with you. (And remember, bringing in the wrong items could result in a poll worker asking you to leave.)

Phones are allowed in some polling places. Again, it varies state to state. Some states don’t have a problem with cell phones, while others don’t allow them within 100 feet of the polls. Double check with your secretary of state or county clerk.

The COVID-19 pandemic is making the 2020 election look different than previous ones. In 33 states, you must wear a mask to enter a polling place. Just make sure your mask doesn’t have your favorite candidate or political party on it. Most states explicitly ban any form of clothing endorsing a candidate or party, because it’s considered electioneering. (While endorsing a candidate via your t-shirt du jour is frowned upon, you can always encourage others to vote. That means your “Vote 2020” sweatshirt or button is a great way to stay on theme and avoid being sent home by a poll worker.)

According to The New York Times, there's evidence that voting habits can form in childhood. So if you want to encourage your kids to be civically engaged, bring them to the polls. Every state allows this. (It's something the country can agree on.) And hey, your kid might even grow up to become a politician like Stacey Abrams, or a news anchor like Chris Hayes, both of who accompanied their parents.