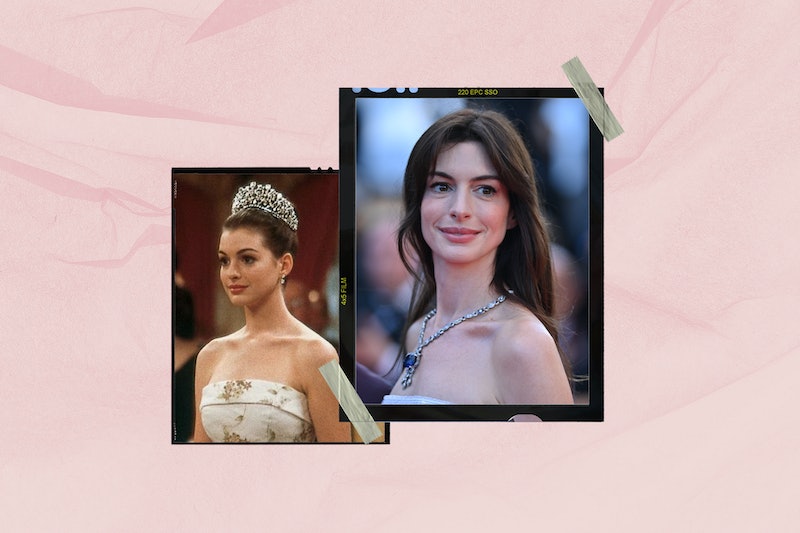 The 2022 Cannes Film Festival has again welcomed some of the biggest names from Hollywood and beyond to drum up buzz for their latest big-screen releases. However, those of us admiring the annual festival from afar often find greater appeal in the dazzling Cannes red carpet looks. This year, the likes of Viola Davis, Elle Fanning, and Eva Longoria have wowed with their swoon-worthy red carpet attire. However, according to social media, Anne Hathaway gave the knockout red carpet appearance at Cannes 2022 so far after giving major Princess Diaries vibes.

As fans of the early ‘00s comedy will recall, Hathaway played 15-year-old Mia Thermopolis in the coming-of-age flick - a frizzy-haired heroine who is plucked from high school obscurity by her grandmother the Queen of Genovia (Julie Andrews), and thrown into a life of royalty.

Walking down the Cannes Film Festival red carpet in 2022, fans couldn’t help but notice that Hathaway looks almost exactly the same as her Princess Mia character more than 20 years later.

“She’s not Anne Hathaway she’s Mia Thermopolis, princess of Genovia,” another user commented, while one fan also joked, “I just wanna know… what do they eat in Genovia?! Mia drop the skincare routine, I am begging!”

As per Vogue, Hathaway walked the red carpet in a simple white Armani Privé gown, complemented by a Chopard sapphire and ruby necklace. She appeared at the Cannes Film Festival for the premiere of Armageddon Time, in which she stars opposite Sir Anthony Hopkins and Jeremy Strong.

Written and directed by James Gray, the forthcoming semi-autobiographical film is set in 1980s Queens, New York, and sees Hathaway portray one half of an aspirational married couple. As Variety notes, the film also stars newcomers Banks Repeta and Jaylin Webb, and if early reviews offer any indication, the Princess Diaries star might just have another box office hit on her hands.

More like this
Harry Styles' New Gucci Collab Is Serving Woodland Chic
By El Hunt
The Secret To Taylor Swift’s Fringe, According To The Experts
By Orla Pentelow
What We Know About The UK Launch Of Hailey Bieber’s Skincare Line
By Orla Pentelow
Princess Eugenie’s New Tattoo Is Very On-Trend
By Catharina Cheung
Get The Very Best Of Bustle/UK