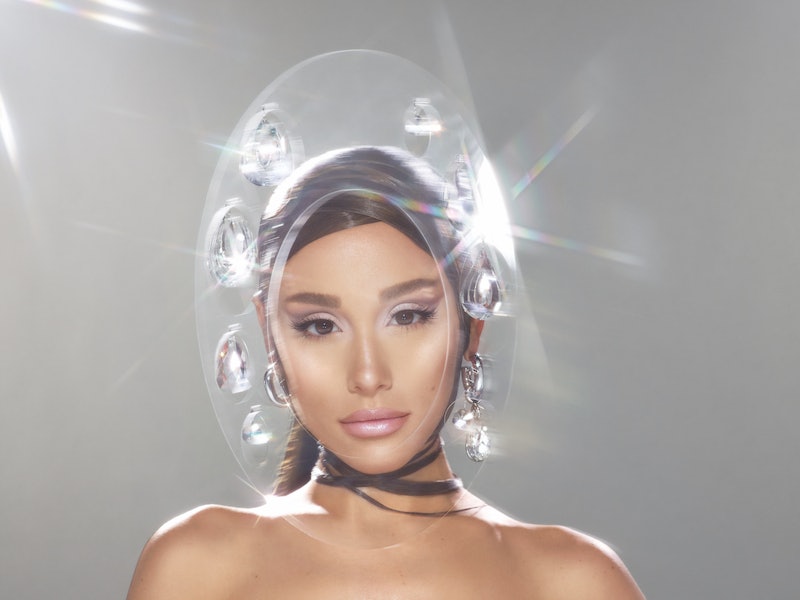 Calling all iridescent makeup enthusiasts: The Ariana Grande r.e.m.beauty line has finally announced its official launch date, and fans can now get a sneak peek into her long-awaited foray into the world of pigment.

Grande’s first launch, titled “Chapter One,” features makeup essentials that the brand describes in intergalactic terms — a perfect fit for the collection as it nods to the late ’90s and early aughts with its overarching theme of shimmery shades. Specifically, r.e.m. will make its debut with eyeliner products (both a marker and different shades of pencils — Grande is the cat eye queen, after all), two different mascaras (one volumizing, one lengthening), eclectic eyeshadow palettes, faux eyelashes, a range of both matte and lustrous liquid shadows, four hues of a lip stain marker, and nine shades of plumping lip gloss (which range from nude to burgundy wine and iridescent lavender). The collection will be available to shop this Friday, Nov. 12 at 9 a.m. EST on rembeauty.com.

Until now, the singer-actor-entrepreneur has only alluded to her upcoming launch via social media posts that teased some sort of beauty collection back in early September. In her first mention of the line, Grande posted a clip from a campaign in which she hangs upside down inside a vintage television while rocking a ‘60s-era ‘fit. She tagged the brand — @r.e.m. Beauty — which then began to populate its own feed of intergalactic-style imagery and close-ups of colorful makeup powders. Fans have since awaited r.e.m. Beauty’s inevitable release as Grande continued promoting its outer space-themed campaign.

With the lineup solidified, it’s clear Grande’s been working to create a makeup collection that celebrates celestial hues for people to experiment with. And, staying true to its motif, each and every product comes in space age-like packaging that would fit right in on the Zenon: Girl of the 21st Century set. Keep scrolling to preview some of the r.e.m. Beauty items that you’ll be able to add to your cart this Friday.